You are at:Home»Refugees»Australian government announces new laws to punish refugees 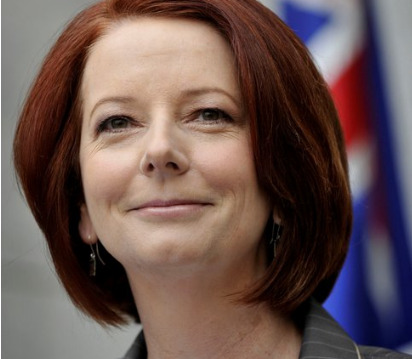 Labor’s Immigration Minister Chris Bowen yesterday announced changes to refugee laws that will further eviscerate the democratic rights of asylum seekers. The amendments will introduce new types of temporary protection visas and pave the way for the deportation of refugees who join protests against the intolerable conditions and indefinite detention inside Australia’s immigration centres.

The move came in response to major outbreaks of unrest among detainees over the past month. Following a riot at Christmas Island last month, a protest at Sydney’s Villawood detention centre began last Wednesday morning with two stateless Kurdish men initiating a rooftop hunger strike. The frustration at the centre over visa refusals and long processing times meant more than 100 people joined in over the day. That night several buildings at the complex were set alight.

The Gillard government has come under pressure from the media to expel the detainees involved from Australia, and to remove any legal obstacles to doing so. In an editorial published on Monday, the Australian declared: “Mr Bowen appears impotent in response. He should make clear those involved in these riots will be deported.”

Bowen has immediately stepped into line. The amendments announced yesterday apply to section 501 of the Migration Act. This anti-democratic piece of legislation already allows the immigration minister to refuse asylum to anyone he believes to be of “bad character”. Such refusals can be exempted from the rules of natural justice—that is, they can be imposed without any kind of hearing.

Under the changes, visa applicants will automatically fail the “character test” if they are convicted of any offence, no matter how minor. This means that any refugee who stages a rooftop protest, defies police or damages a facility could be barred from Australia for life. Previously, the test specified a conviction and sentence of at least 12 months in prison.

Labor is determined to intimidate and suppress the mounting discontent among detainees. Even asylum seekers who are accepted as genuine refugees under the narrow refugee definition could be denied permanent protection if convicted. Instead, they will be either issued with a temporary visa, or, where deemed possible, deported. The amendment will be backdated to yesterday, so that anyone convicted of crimes from the Christmas Island or Villawood protests will be subject to the new law.

In addition, the maximum penalty for making, possessing or using a weapon inside a detention centre will be increased from three to five years’ imprisonment.

Refugees on temporary visas must apply for the renewal of their status every three years, making securing employment very difficult. They are also ineligible for social security benefits, being provided with only a Special Benefit, subject to review every 13 weeks, and cannot bring spouses or family members to Australia.

In 2008, the Labor government abolished the previous Howard government’s Temporary Protection Visas (TPVs), which not only openly flouted international refugee law but also aroused widespread public hostility because of the extreme hardship they caused to refugees and their families.

With the Liberal opposition and the Murdoch media demanding the across-the-board reintroduction of TPVs, Bowen made clear that his differences with such a policy were merely tactical. He asserted that “a range of protection visas” would provide more incentives for refugees to conduct themselves “according to the law”.

Given the inhuman treatment of refugees under Australia’s detention system, it is inevitable that protests such as those at Christmas Island and Villawood will arise again. Labor will utilise the reaction of detainees to their conditions, indefinite waiting times and denials of basic rights, caused by the government’s policies, as a pretext for deportations.

Moreover, by reintroducing temporary visas into the refugee system, the government is effectively clearing the path for the full reimposition of TPVs, to facilitate large-scale deportations.

Already, in January, the government signed a Memorandum of Understanding with the Afghanistan government, allowing the forced return of Afghan applicants whose claims for asylum were rejected. The deal was justified on the cynical claim that the refugees would no longer face persecution in the country, despite the well documented fact that ethnic Hazaras, who make up the majority of Afghan asylum seekers, are persecuted and liable to be killed when they are discovered to have attempted to flee.

Of the more than 6,500 detainees, more than 2,200 are from Afghanistan, and 50 are scheduled for deportation by the end of the year.

Labor’s amendments will also have an immediate impact on the present situation in detention centres across the country, where tensions remain high. Any “crime” by detainees who do not comply with the centre operators and police will make them subject to the new measures.

At Villawood, three men remain on the roof of the facility and are demanding to speak to a United Nations representative. The men have not eaten for six days.

At the same time, 22 detainees removed from the facility by police on Friday are still in Sydney’s Silverwater maximum security prison. Stephen Blanks, a solicitor and secretary of the NSW Council for Civil Liberties, interviewed two of the men at the prison. Speaking to the Refugee Action Coalition, he said: “They are in solitary confinement, locked down for 18 hours a day with no access to communication, either with each other or with the outside world. There are no toothbrushes, no showers, not even any toilet paper.”

On Christmas Island, at least one detainee has sewn his lips together in the past week, and eight men have launched another rooftop protest. According to management at the facility, relations between staff and detainees are tense following the brutal police repression of last month’s riot there.

Refugee advocates have reported that 300 detainees at the remote Curtin facility in northern Western Australia are continuing a hunger strike and sit-in that began on Saturday.

Refugee rights groups conducted protests at the Villawood facility and Melbourne’s Maribyrnong detention centre on Monday. About 100 people attended the demonstration in Melbourne, while 300 people participated at Villawood. Rally organisers sought to channel opposition to the government’s program into support for the Greens, promoting the illusion that they were a more humane alternative to Labor.

Greens MP Colleen Hartland addressed the rally in Melbourne, while in Sydney, Greens candidate for the seat of Fairfield Annie Nielson spoke. Nielson was introduced with claims that the Greens were a longstanding “ally for refugee rights” and had always “stood up to both major parties”.

This is an utter fraud. The minority Labor government is only able to function with the support of the Greens. Over the past week, Greens’ MPs, Adam Bandt and Sarah Hansen-Young have both ruled out using the Greens’ parliamentary numbers to oppose the mandatory detention of refugees.

The repression of asylum seekers flows inevitably from the erection of national borders and the restriction of the cross-border movement by working people, which the Greens support, together with Labor and the Liberals. The Socialist Equality Party defends unequivocally the right of all people to live and work where they choose. The fight for this right is bound up with the struggle to overthrow capitalism, which is rooted in the maintenance of the nation state system, and to replace it with socialism.
Source and copyright