You are at:Home»News»End of Shift: What’s Your Story? 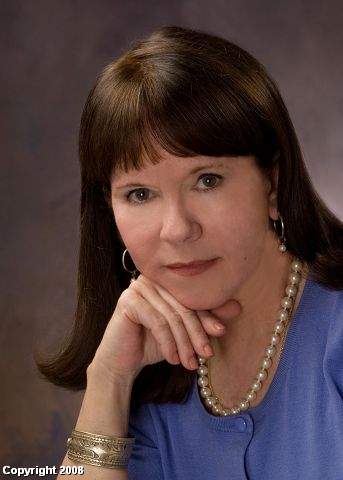 End of Shift: What’s Your Story? Like so many others, I’ve wanted to write a novel for as long as I can remember. At the age of seven, I scrawled out a short story series about three young children for my mother. Though I barely remember their adventures, I do remember my mother’s smile as she read.

When I chose nursing as my career, I did not abandon my love of writing. Instead, I found a wealth of material in the busy ED, where my patients’ stories — often heart wrenching and thought provoking — stayed with me long after my shifts ended. My nursing notes were long and descriptive narratives, second-hand diaries almost for my patients who were unable or unwilling to write their own.

When I took my ED skills into the international world of humanitarian aid in 1986, I took my notebook with me. I found again that peoples’ stories were as compelling as the diseases that brought them to me, and I wrote my first article for the Journal of Emergency Nursing in 1989. Then while I was posted to Darfur in 2004 with the International Rescue Committee, I wrote a series of articles for the BBC News Online. I covered the nurses and physicians, and the refugees with whom I worked and their gut-wrenching struggles. Readers responded and wanted to help. The realization that my stories brought attention to the plight of these courageous people renewed my enthusiasm for writing.

A novel based on my experiences seemed like a natural progression. I knew I would set it in Afghanistan, a place I’d been posted several times during my aid career. In 2002, I was assigned by Doctors Without Borders to a village called Bamiyan, where I worked with the Hazara, an ethnic minority who dared to take a stand against the Taliban’s vicious oppression. Tragedy and danger lingered, especially for women. Every 20 minutes, a woman in Afghanistan dies from pregnancy- or childbirth-related complications. That is a horrific fact I wanted to share with readers beyond my journal articles, and so I began my novel.

The crafting of the novel was neither long nor arduous, instead it was a labor of love. I did write and rewrite and edit, edit, edit. I was working full time and pursuing my master’s degree as well, so I wrote in the morning before work and in the evening after class. I wrote in my car, in class, at lunch, anywhere an idea popped into my head. I was never without a pen and paper. The process took about a year, and that was only the beginning.

Before I could find a publisher, I had to find an agent, and that involved endless emails to agents I found on the Internet. Once I found an agent, there was still more waiting while they decided when and where to submit my novel. Another year passed, and I used the time to polish my manuscript. The work and the wait were well worth it. My first novel, “Lipstick in Afghanistan,” was published by Simon & Schuster in November 2010.

The novel tells the story of Elsa, a young nurse who volunteers in Bamiyan. The tragedy she witnesses is overwhelming. As she struggles to prove herself in the male-dominated culture, she finds a tube of lipstick in the aftermath of a bus bombing that leads her to a life-changing friendship with a young widow. Together, they risk their lives to rebel against the Taliban and bring opportunity to the people of the region.

Although based on my own experiences, it is a work of fiction. Elsa’s naive perspective allowed me to introduce readers to the Afghanistan I know.

I hope my novel inspires more nurses to write. Nurses witness the tragedy and triumph of all of our lives. A nurse’s day is often filled with palpable life and death drama. These stories we carry in our hearts are threads that we can weave into the fabric of our articles and novels. A nurse’s stories are chronicles of who we all are and, ultimately, who we can be.

Keep a journal and see how it feels. Play with words and descriptions. Submit an article, or start a novel or memoir.

As for me, I’ll continue to write. Though at work, I’ll hold myself back from “there was a gleam in his eye and a firm set to his jaw” and stick to “cough: productive; skin: sallow; eyes: clear.”

——————
Roberta Gately, RN, BA, is a nurse at Boston Medical Center. Her work can be found online at robertagately.com. Send letters to editorNTL@gannetthg.com or comment below.