You are at:Home»News»Afghanistan – A Positive View 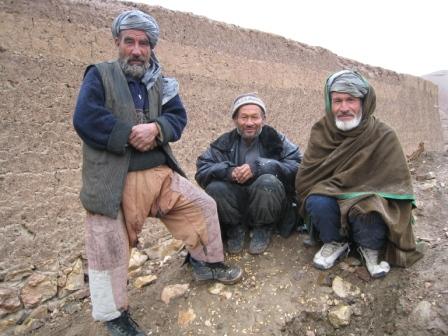 The Hazaras - a kind and gentle people
News

By Admin on April 13, 2011 2 Comments
The Hazaras - a kind and gentle people
Share this story

Gentle isn’t perhaps the adjective that would immediately spring to mind when you think of the Afghan people. However with so much bad news coming out of Afghanistan, I felt compelled to write about an encounter I’ve just had with a sweet, gentle and hospitable group of people. They’re called Hazaras and they live in the mountainous region of Central Afghanistan, known as the Hazarajat. The Hazaras - a kind and gentle people

I had the privilege of traveling to Bamyan, the largest town in the Hazarajat, cradeled between the parallel mountain ranges of the Hindu Kush and Koshi-i-Baba. At an altitude of nearly 9,000 feet, I joined a team distributing aid to more than 500 of the poorest of the poor families, living in the most difficult of conditions. There I encountered a sweet, gentle and amazingly hospitable group of people. Away from the fortified compounds and convoys that is the tragic hallmark of so many parts of the country, the dearth of weapons around Bamyan was stark. As we made our way to the caves where this community lives, our team was warmly welcomed into the village as friends – a group of people so grateful not to have been forgotten. 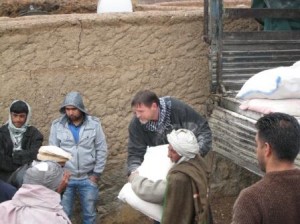 Grateful not to be forgotten - help for Hazaras

Despite the rugged beauty of the place, life is tough for the Hazaras. The countryside is harsh and unforgiving and they have often been persecuted through their two thousand year history. For decades Bamyan was the centre of conflict between the Taliban and anti-Taliban forces, many Hazaras being caught in the cross-fire and blatantly persecuted. Not only were many killed, in 2001 the Taliban tried to destroy their rich cultural history, by blowing up three colossal statues of the Buddah from the 1st Century, on the grounds that they were an affront to Islam. 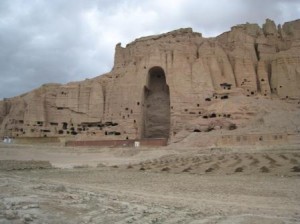 Empty cave where a statue of Buddah once stood

So for all this, the Hazara have much to be bitter and vengeful about. And yet all they want is peace and an opportunity for their children… both boys and girls, equally, to have an opportunity to be educated. May their desire be granted!