You are at:Home»News»Giant natural arch found in Afghanistan KABUL, Afghanistan, March 30 (UPI) — U.S. researchers say they’ve found a natural stone arch stretching more than 200 feet across its base in a remote region of Afghanistan.

Scientists with the Wildlife Conservation Society say the recently observed Hazarchishma Natural Bridge, located in the central highlands of Afghanistan, is almost 10,000 feet above sea level, making it one of the highest large natural bridges in the world, a WCS release reported Wednesday.

“It’s one of the most spectacular discoveries ever made in this region,” Joe Walston, director of the Wildlife Conservation Society’s Asia Program, said. “The arch is emblematic of the natural marvels that still await discovery in Afghanistan.”

WCS researchers discovered the massive arch in late 2010 while surveying the northern edge of the Bamyan plateau for wildlife like ibex and wild sheep.

The total span of arch, by which natural bridges are ranked, is 210.6 feet, making it the 12th largest natural bridge in the world — and pushing Utah’s Outlaw Arch in Dinosaur National Monument, smaller than Hazarchishma by more than 4 feet, to number 13 on the list.

Several of the top 20 largest natural arches in the world are located in Utah.

The world’s largest natural arch, spanning 400 feet, is the Fairy Bridge near the Buliu River in Guangxi, China. 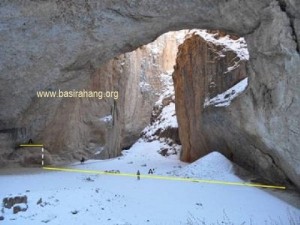 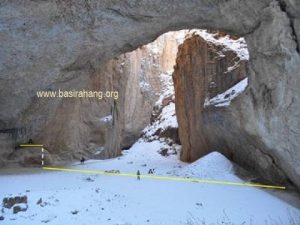