You are at:Home»News»Hundreds of women activists in Dai Kundi urge UN to support their call for justice 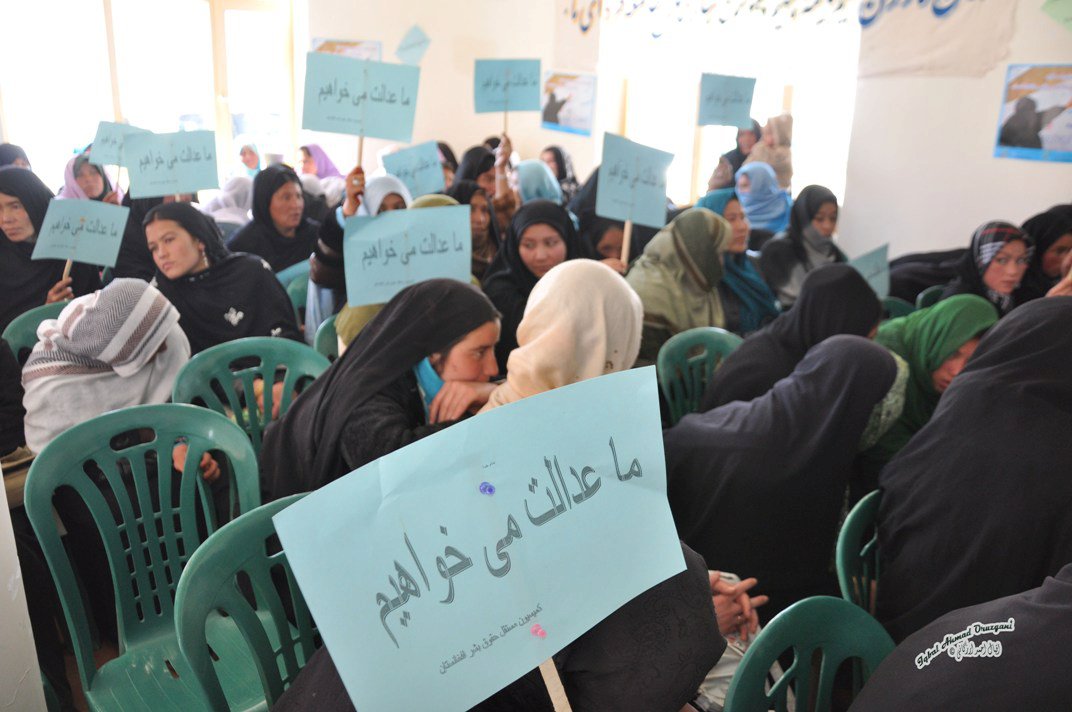 8 March 2011 – Hundreds of women carrying banners with “We Want Justice” written in Dari today urged provincial officials to make life better for women in Dai Kundi, where the United Nations body leading the global effort to empower women is due to open its first provincial office later this month.

“Women should participate actively in social, cultural and political activities to help bring about justice for themselves,” the Deputy Special Representative said, adding that Article 22 of the Afghan Constitution ensures equality between men and women.

He added that the UN is committed to supporting the women and men of Dai Kundi in that effort.

Earlier in the day, the women had crafted a resolution urging the community to honour the dignity of women, including by soliciting their consent in marriage matters to “eliminate traditional stereotypes in this field and to help eliminate or reduce the number of home escapes and forced marriages.”

“Having these international and national legal frameworks means that continuous implementation is the task ahead – by all parts of society, including executors of justice, like the police and the courts, but also for communities and their traditional leaders,” the Deputy Special Representative said.

He added that he hoped that these will be solved soon “since all Dai Kundi people are eager to learn and to raise their awareness of issues, and an increased level of awareness will lead them to prosperity.”

The Governor explained that violence against women includes high maternal mortality rates and lack of access to education.

“We need women shelter and a better health service not just for women but for all Dai Kundi residents – we have only one female doctor in all of Dai Kundi,” he said.

Read more about girls’ education and maternal mortality, as well as the launch of UN Women in a special edition of “Afghan Women and the United Nations.”