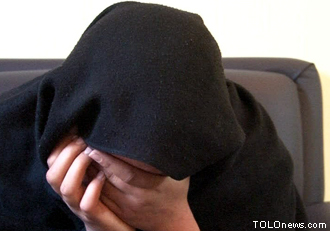 The United States has expressed concern over the Afghan government’s proposed changes to the regulation of women’s shelters, which will allow it to take over shelters for abused women. The proposal also brought protest from activists in Afghanistan, who said state-run shelters could put the women’s lives at great risk.

Speaking at the U.S. State Department’s inaugural Strategic Dialogue with Civil Society on February 16, 2011, prominent Afghan human rights activist Sima Samar had demanded that women be included on the decision-making policies in Afghanistan, a country where, she says, “mostly women are not acknowledged.”

On February 17, 2011 the State Department released the following statement, “While we recognize that the government needs to monitor shelters, it is important that civil society be allowed to operate these facilities independently. In light of the progress that the Afghan Government has achieved in advancing women’s rights over the past decade, we encourage the government to support the humanitarian work of shelter organizations, and affirm their centrality to ensuring the human rights of all Afghans.”

The Afghanistan government wants to take control of the shelters, known as safe houses, accusing the various organizations that run them of corruption and misuse of funds. Activists quickly point out that most of the funding is received from foreign aid groups. Government officials are also stating that many women had been tricked into leaving home without good reason and that there have also been media reports accusing the shelters of encouraging immorality, prostitution and drug abuse.

An open letter by the Afghan Women’s Network, said the government plans for the shelters would put vulnerable women at greater risk of violence, arguing that it would be easier for vengeful families to use influence or bribery to reclaim runaway women in state-run shelters. It also accused the government of slipping backwards in its commitments to women’s rights. The government takeover could mean the closure of some shelters. Activists further expressed that, at a time when the government wants to engage in peaceful negotiations with the Taliban, officials are trying to appease extremist elements in Afghan society with this move.