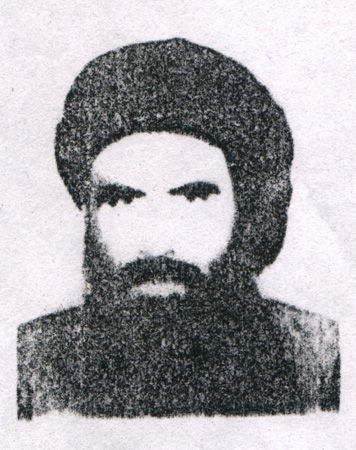 Even in a week that concentrated all eyes on the magnificent courage and maturity of the people of Cairo, a report from Kabul began with what must surely be the most jaw-dropping opening paragraph of the year. Under the byline of the excellent Rod Nordland, the New York Times reported:

International and local human rights groups working in Afghanistan have shifted their focus toward condemning abuses committed by the Taliban insurgents, rather than those attributed to the American military and its allies.

The story went on to point out that the Taliban was culpable for “more than three-fourths of all civilian casualties” and informed us that some human-rights groups are now so concerned that they are thinking of indicting the Taliban for war crimes. “The activists’ concern,” Nordland went on, “would have been unheard-of a year ago,” when all the outcry was directed at casualties inflicted by NATO contingents. 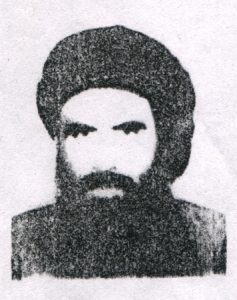 The story became more mind-boggling as it unfolded. One had to ask oneself what had taken the human-rights “community” so long. After all, there are war crimes and there is the crime (established at Nuremburg) of planning to wage aggressive war. The Taliban seized power in Afghanistan in the first place by indiscriminate violence, played host to al-Qaida forces that murdered several thousand civilians in one day on American soil, and for almost a decade has been employing systematic cruelty against civilians and fighting an undeclared war, without uniforms or formal command structure, against a force that is upholding a U.N. mandate for the rebuilding of the country. Moreover, during its period in power, it ran the country as a vast concentration camp, enslaving the female population and conducting a campaign of extermination against the Hazara minority. How is it possible to mention this enormity in the same breath as the forces that are opposed to it?

The turning point, in the mind of the human rights “activists,” appears to have occurred in late January, when a Taliban suicide-murderer killed at least 14 civilians in the Finest Supermarket in Kabul. Among the slain was a well-known local campaigner named Hamida Barmaki, whose husband and four small children were also killed. One wonders in what sense this was the Taliban going too far—women are killed and mutilated by them every single day in Afghanistan. Yet let the terror reach one of the upscale markets or hotels that cater to the NGO constituency in Kabul, and suddenly there is an abrupt change from moral neutrality.

Perhaps it is fortunate for the Taliban that they take few, if any, prisoners and maintain no places of detention—at least they don’t have to face the righteous scrutiny of those who (like Amnesty International and Julian Assange) have seriously compared Guantanamo to the Gulag. Moreover, their refusal of any military discipline makes it hard if not impossible to distinguish their corpses from others who may have been killed in an airstrike. And can you imagine a Taliban fighter being disciplined by his “superiors” for murder, or demoted for lack of care toward the local population, as has happened several times with U.S. officers and soldiers? In a striking instance of the compliment that vice pays to virtue, sadistic Mullah Mohammed Omar, former dictator of Afghanistan and now Taliban commander, attempted to issue a “code of conduct” to his supporters in 2009. This was supposed to warn against the killing of innocents but seems only to have incited further brutality and the use of ever-more-random methods.

However, is it possible to imagine Mullah Omar going even that far if the NATO forces were not in the country to begin with? Plainly, he must have heard at least indirectly from elements of the local population (he appears to have his base across the Pakistani border in Quetta) that there is some perceptible difference between opening a clinic and destroying it; between starting a village school for girls and setting it on fire or hurling acid in the faces of the pupils; between guarding polling booths and visiting villagers at night to intimidate them not to vote.

I’ll concede that something remotely like the same is true of NATO’s previous over-reliance on airstrikes and infliction of consequent damage. After representations from the Afghan authorities, those rules of engagement have been amended. And indeed, American soldiers are under instructions to risk their own lives rather than to err on the side of anything resembling indiscriminate ground fire. (One sometimes wishes those same Afghan authorities were more deserving of the sacrifices that are made on their behalf.) But learning from previous misapplied tactics is altogether different from persisting with random suicide-murder, roadside bombs aimed at the most vulnerable, deliberate targeting of females, and the other elements of the Taliban armory.

I can only too well remember attending some press conferences in Pakistan in the winter of 2001 and seeing the unbearably smug expressions on the faces of various human rights and “relief” spokesmen who were concerned lest the military operation against the Taliban should disrupt their relatively modest efforts. They failed or refused to see that the removal of the Taliban was a necessary precondition of any serious relief and reconstruction. It’s heartening to learn that, almost a decade later, they are at least open to the awareness that the Taliban is the worst offender. The next stage—may it come soon—will be the realization that the Taliban does not “violate” human rights, but entirely lacks the concept of their existence.