You are at:Home»Refugees»Europe»EU EMBASSIES ACTIVISM FOR ASYLUM SEEKERS IN ATHENS GREECE 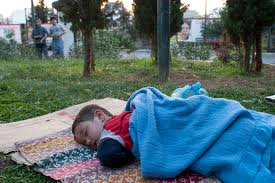 By Hazara People on January 26, 2011 0 Comments
Share this story

A Hellenic Action for Human Rights – “Pleiades” (NGO) activist project which is on since November 2010. Afghan asylum seeker families with minors, most of which are ethnic Hazaras, living in inhuman and degrading conditions in Athenian parks, on which a deportation order has been imposed without Greek authorities giving them a chance to apply for asylum, visit EU Embassies in Athens and ask for a visa for asylum-related reasons and for temporary protection until they are transferred to the State of the Embassies for their asylum claim to be processed there. The claims are in written form, legally documented, inter alia, on ECHR and rESC grounds (since all rights are guaranteed by these two conventions to everyone WITHIN THE JURISDICTION -thus not only territory- of the States – signatory parties). Up to date, no such petition has been accepted. ECHR applications for the adoption of interim measures are scheduled as the 2nd phase of that project. 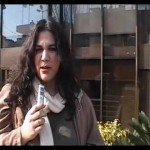