You are at:Home»Art»Afghanistani Community Cultural Night in Sydney, Australia By Hazara People on January 24, 2011 2 Comments
Share this story 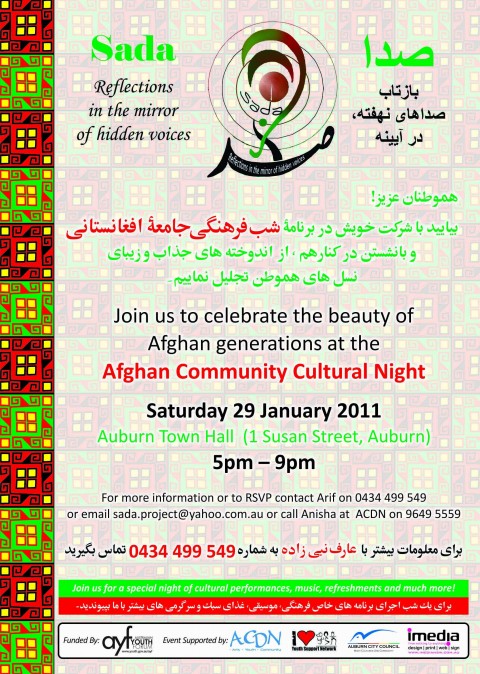 SADA – Reflections in the mirror of hidden voices is a Project that started in July 2010 after an active community member in Western Sydney, with the support of the Auburn Community Development Network (ACDN), Arif Nabizadah, was one of six people around Australia who won the Prime Minister’s Australian Youth Forum Challenge to run a community projecte

SADA Project is about encouraging important conversations within the Afghan community in Australia.

Over the last few months, they have collected and recorded the stories and opinions of Afghans of all ages about issues that are not openly discussed or talked about in the community and between generations, but that are important to the community. 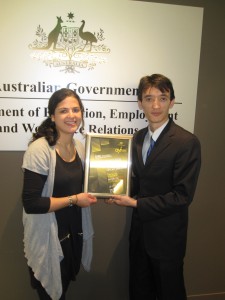 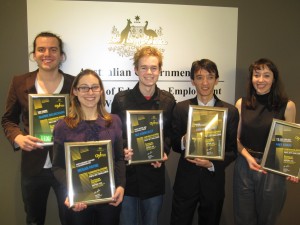