You are at:Home»Refugees»Australia»Suicide attempts in WA detention centre 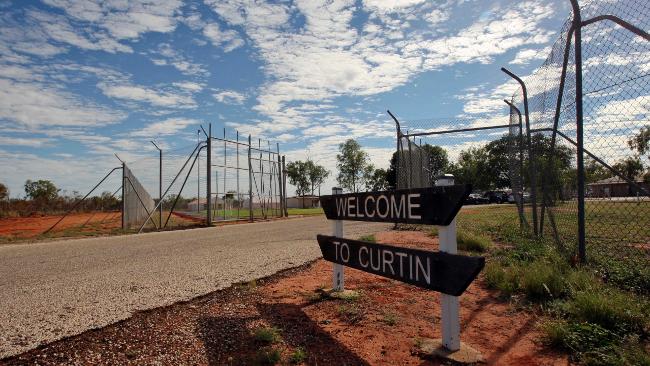 The Curtin Detention Centre, where asylum seekers are reportedly on a hunger strike. Picture: Nic Ellis Source: The Australian
Australia

By Hazara People on January 20, 2011 1 Comment
The Curtin Detention Centre, where asylum seekers are reportedly on a hunger strike. Picture: Nic Ellis Source: The Australian
Share this story The Curtin Detention Centre, where asylum seekers are reportedly on a hunger strike. Picture: Nic Ellis Source: The Australian

AN AFGHAN asylum seeker has been transferred to hospital after trying to hang himself in Curtin detention centre yesterday, a refuge advocate said.

Ian Rintoul said the man attempted suicide about 7am and was transferred to Derby hospital after suffering a neck injury. Another man who attempted suicide was found collapsed on the floor but did not need a medical transfer.

The suicide attempts came as about 100 detainees protested at the increased rate of rejection and as news spread of a deal struck with the Afghan government to deport those who fail.

Advertisement: Story continues below
Mr Rintoul said 300 men had spent Monday night fasting in the rain and 700 were on hunger strike in their rooms. ”People who have been told they have been successful two and three months ago are still waiting for their visas,” he said. ”Others were victims of the six months visa freeze that ended in October 2010, but still haven’t received answers since their interviews.”

The Derby shire president, Elsia Archer, who was escorted through the West Australian immigration detention centre yesterday, said the number of protesters had fallen to about 100 as the day grew hotter.

”It is a peaceful protest. They’re all quite friendly,” she said. ”There’s posters around saying this is wrong but I guess it’s some disgruntled people that have been refused visas.”

The kiosk and recreation rooms were open and detainees had snacks in their rooms, she said, and officers were walking among those outside.

The spokesman for the Australian Hazara Council, Hassan Ghulam, said the mood had darkened among Afghan asylum seekers as more had refugee claims rejected.

”They don’t see a life for themselves in Afghanistan and they are trying to finish their lives and end a long process of pain and waiting for a decision,” he said.

The Immigration Department would not confirm or deny the suicide attempts yesterday and said between 20 and 30 people had notified staff of their ”voluntary starvation”.