You are at:Home»News»Pashtun Suicide bomber kills civilians including Hazaras in Kabul 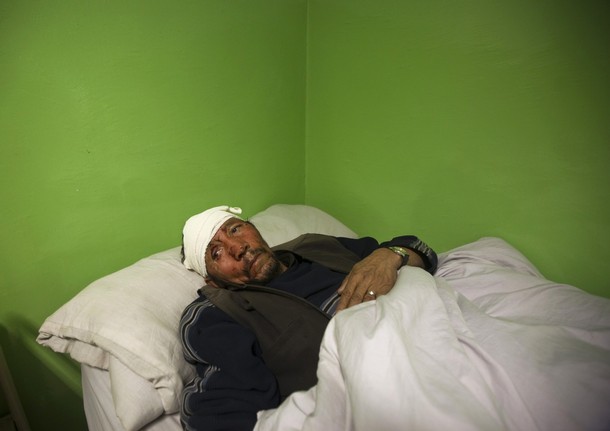 A wounded Hazara man rests in a hospital after a suicide bomb attack in Kabul January 12, 2011. A suicide bomber on a motorbike killed two people and wounded more than 35 near the Afghan parliament on Wednesday, officials said, the third bomb attack in the capital Kabul in less than a month. REUTERS/Ahmad Masood (AFGHANISTAN – Tags: CIVIL UNREST)