You are at:Home»News»Save us, plead Afghan blood-feud lovers 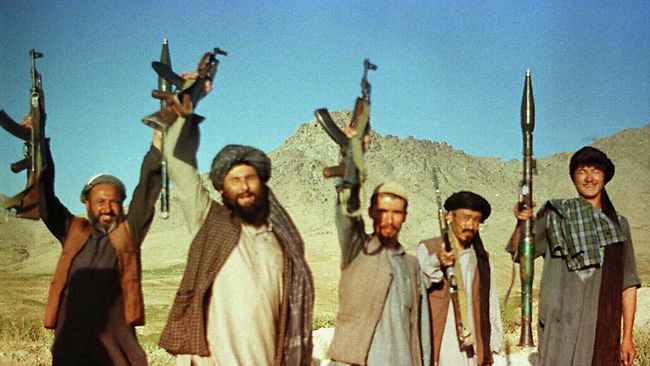 Save us, plead Afghan blood-feud lovers

By Hazara People on January 8, 2011 0 Comments
A bloody tribal war has erupted over the marriage of a young Afghan couple. Picture: AP Source: HWT Image Library
Share this story

A YOUNG Afghan couple want asylum in Australia after their marriage sparked a bloody tribal war, tit-for-tat kidnappings and intervention by US Special Forces and President Hamid Karzai. A bloody tribal war has erupted over the marriage of a young Afghan couple. Picture: AP Source: HWT Image Library

They now fear her family is trying to hunt them down to kill them to preserve her family’s so-called honour.

Their problems started 10 months ago in Oruzgan province, where most Australian troops are based, when 20-year-old Massoma ran off with her lover, a member of the Hazara tribe, which has been persecuted by her tribe, the Pashtuns, for centuries.

“If my family finds me, they will cut me into pieces because I married a Hazara boy without their permission,” Massoma said.

She said they lived from day to day, sleeping no more than one night in any house, in fear they would be found and then slain.

“We were not expecting any of this. It was never on our mind. This man took my heart. He had a kind face, good colour and beautiful skin. That’s why I ran away with him,” Massoma said.

It was four months after fleeing her family in a village in Khas Oruzgan district that her family found out where she was.

Her husband, Younus, 22, went to her family to try to broker a peace deal, asking whether they wanted money – an offer he said they refused.

“They said, ‘We want the girl, you and your family’. They wanted us all, just for killing.”

By then, news of the marriage was causing ripples through the district. Fighting between Pashtuns and Hazaras flared with, by most accounts, at least two people killed and 300 families forced to flee their houses to escape the violence.

Perhaps realising the issue could escalate into a potential tribal war, US Special Forces, which are the only foreign military in the area, intervened.

Locals said the US military rescued Mahgul from Kandahar and brought both girls back to their base in Khas Oruzgan.

Word spread around the community that the Americans had two local women on the base, fertile propaganda for the Taliban.

“I knew (then) that I had to get them off my base as fast as possible,” said the Special Forces captain, who, under US military policy, cannot be named.

He arranged a shura, or gathering, to bring the warring sides together. That led to another shura, where agreements were forged for the violence to cease, the hostages to be released and delegations from each tribe to be sent to Kabul to ensure the peace was lasting.

The matter was close to their hearts, given Massoma was a member of their Pashtun sub-tribe, the Popalzai.

After 41 days of talks, the two sides recently returned to Oruzgan unable to reach agreement. The sticking point: Massoma refused to attend.

“We don’t trust them. I swear on the Holy Qur’an they will kill us both,” she said.

Oruzgan’s police chief Juma Gul agreed that Massoma was “in danger because her brother and father are taking this issue very seriously”.

He confirmed that violence because of the marriage had led to two deaths, the displacement of 300 people and 11 hostages being taken, all of whom he said were now released.

Adding to the intrigue is a claim by the Pashtuns that Massoma was married before meeting Younus and that she needs to divorce him.

The US Special Forces captain said that in his discussions with Massoma’s mother, she didn’t mentioned her daughter was already married, adding that the supposed first husband never appeared.

The Pashtun delegation’s leader and Karzai’s tribal adviser, Jan Mohammed Khan, said that until the couple came to Kabul the matter would remain simmering in the province and any move to give asylum to the couple would merely inflame the issue, leading to further conflict.

“If they come to Kabul and if they are happy, we will say go. Go and be happy together,” he said, adding it was vital that she appear to get divorced from her alleged first husband.

Massoma said she doubted the pledge.

“We just want to find a peaceful place, a quiet place where no one can say anything to us,” she said.

“We want nothing else, just peace.”

Younus said only a new life in another country would ensure their safety.

“We want to be taken out of Afghanistan.” he said.

“Australia, America, wherever, we just want to leave Afghanistan.”

Speaking through an interpreter, Younus said the couple had good relations with Australian soldiers in Oruzgan province.

That, he said, had motivated their interest in Australia being their first choice for a new home.

“It is a peaceful country, I think, where they don’t kill people because they married someone,” he said.

“Their soldiers are helping us in Oruzgan, but they know of our situation and they know we will die here because of our marriage.

“If we have children, we don’t want them to live like us.

“During the night in one place, during the day in another place, all the time.”

The couple requested their surname not to be used and their picture to not appear on the internet because they wanted as few people as possible in Afghanistan to know their identity.

“We are on guard the whole time,” Younus said.

“This is not a proper life.

“We request from the Australian people, or whoever, to please us.”

The US commander of Australian forces in Oruzgan, Col. Jim Creighton, has taken an interest in the couple’s case.

Late last year he told the Sunday Herald Sun he had serious fears for Massoma’s future and he supported any move to get the couple out of the country.

To apply for asylum in Australia, the couple would face a precarious journey through Pashtun-dominated areas of Oruzgan, Kandahar and Ghazni before making their way to Kabul.

They would then have to travel east through the Khyber Pass to the Pakistani capital Islamabad because the Australian Embassy in Kabul offers no consular assistance to Afghans.