You are at:Home»Art»Thousand and Four Hundreds Years of Arabs’ Domination on Afghanistan” 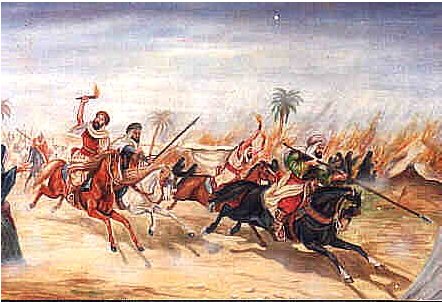 Thousand and Four Hundreds Years of Arabs’ Domination on Afghanistan”

A few days ago, I received the first and second volumes of the book “a Thousand and Four Hundreds Years of Arabs’ Domination on Afghanistan” and I took the advantage of long winter nights to read them.

The simple language and fluency of the book was a good point that made it easy to read for a vast range of readers from different levels. The book contained information from various rich sources which shows the patience of he author and his loyalty with the motherland Afghanistan.

Though the author writes in the preface of the book, that he doesn’t intend to write a history of Afghanistan, but only wants to point-out the negative aftermaths of Arab’s attacks and domination of Afghanistan though centuries, which has caused vast damages and cultural losses in this country, but they way he has gathered the information his work is one of the rare investigative history books in Afghanistan.

Before this book, authors such as, Shujaudeen Shefa, Doctor Ansari and Ali Dashti each with the same point of view has written books on Islam, but writing some books in this regards would not be the end of the way, especially nowadays when the various Islamic interpretations, sects and religious parties are taking our country towards the edge and the international religious terrorism threatens the world.

Islam is a religion that has a prepared order for everything by referring them to back to on thousand and four hundred years back, therefore there is need of writing many books in this regard, especially I wish more success for the author Solaiman Rawesh and others who write about the issue.

This book is different from previous ones because, it is written only about the Arabs’ attacks and domination on Khorasan, which is the present geography of Afghanistan. Therefore it could be considered a good resource for the new generation that is interesting about the history of the country.

It is a good step, writing about the historically, cultural and religious identity of motherland, but it needs more time and patience until its gives results. The situation of the central Asian countries which were under the USSR, is not comparable to the period and duration of Arabs’ domination on Afghanistan, but each of these countries during these twenty years has had a lot to say regarding renewal of their own identity.

The Russians’ dominancy on Central Asia has caused the disappearance of many different local cultures and languages such as Qara-Qalpaqi etc, and during these twenty years of their independence they are still unable to rehabilitate their native culture and language.

Considering this fact, for us as Afghanistani people, it is much harder to return back to the history of more than a millennium ago and find back and rehabilitate the cultural richness once we owned; if not impossible, it is just too hard to do so, while in the current time, Bamyan and Balkh are just remained by their names and many common people are unable to pronounce correctly the name “Zarathustra”.

Although, the historians claim that Arabs’ attacks on lands such as Afghanistan, were for the purpose of God’s message, but the repetitive emphasis of this author on economical aspects of Arabs’ attacks on Afghanistan show that the Arabs were mobilized to attack on this country only for collecting war plunders and taking slaves and bondwomen back with them to their homeland, rather than leading people to their religion.

Words such as, Holy War for God’s sake, democracy and communism, were all the time the mottos and words to conceal the economic aspects of invasions of the countries.

This book and many other books in this regard, discuss the issue of Arab Invasion of Afghanistan and Iran and reminds with regrets, the pre-Arab-Domination period, the glorious history of these two lands with rich cultures and religions. It also rises many questions in mind that how the Arabs could expand their empire up to Khujand and India just in 10- 20 years after Caliph Omar’s death.

Coming from deserts, how these uncivilized Arabs could impose their religion on civilized people of these lands? Only sword and taxes can not be the reasons to be able to impose a religion on a land. The people on this land, even before Islam, as well, paid taxes to their ruling government, and the Zoroastrian temples as well, benefited a lot from such incomes. One of the reasons, that caused the Sasanian Empire crush was, people’s dissatisfaction from the Zoroastrian temples that misused their power and put people under pressure by looting them.

In the ruler’s class system of that time, after the king and seven royal families, the religious clergies were in the second level, and then were the military officials and soldiers in the next level and then farmers and ordinary people in the lower levels.

With a look at the history of Afghanistan, and the war in the Indian sub-continent, and the current situation of Afghanistan as an Islamic state, I can say that any religion has a potential to become violent and terrorist; whether it is a Celestial or a Terrestrial religion, so it is better to search for peace and prosperity non in the religion but in other things in life.

It was just a short not, after reading the first volume of the book.