You are at:Home»Refugees»Greece to build wall on Turkey border to stop refugees 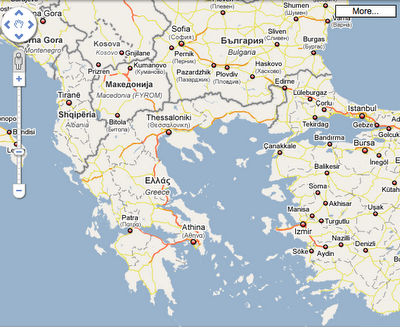 Greece to build wall on Turkey border to stop refugees Greece is planning to build a 206-kilometer-long fence on its border with Turkey to keep out refugess trying to cross into Greek territory, a minister has said.

Greece is planning to build a 206-kilometer-long fence on its border with Turkey to keep out refugess trying to cross into Greek territory, a minister has said.

Greece’s minister in charge of immigration affairs, Christos Papoutsis, told the Athens news agency on Saturday, “Greece can’t take it anymore. We plan to build a barrier on the land border to block unauthorized immigration.”

Papoutsis did not give details as to when fence construction will begin. He said it will be similar to the wall between the US and the Mexico.

The Turkish-Greek border is one of the most popular destinations for asylum seekers from countries such as occupied Iraq, Pakistan and occupied Afghanistan who are trying to reach Europe. Nine out of 10 refugees now use Greece as their springboard into the EU, and the debt-choked country is struggling to cope with swelling numbers at its northern border. In November, the European Union’s border agency, Frontex, said arrivals of refugees jumped by 369 percent to over 31,000 at Greece’s land border with Turkey in the nine months of 2010 through September.

Turkey is negotiating with the EU a deal for readmission of refugees and authorities say there has been progress in negotiations.

Turkish authorities have declined to publicly comment on Greece’s decision to build a fence on the border. Foreign Ministry officials said it was up to Greece to take measures it deems necessary to secure its borders, according to a report in the Sabah newspaper.

Human rights groups have criticized both Greece’s asylum policy and the conditions in its detention camps.

The UN High Commissioner for Refugees has repeatedly urged Greece to ensure its efforts to fight illegal immigration do not harm legitimate asylum seekers, including Afghans, Iraqis, and Somalis, who are often among migrants crossing at its border.