You are at:Home»Refugees»One man’s struggle to find a safe place to live 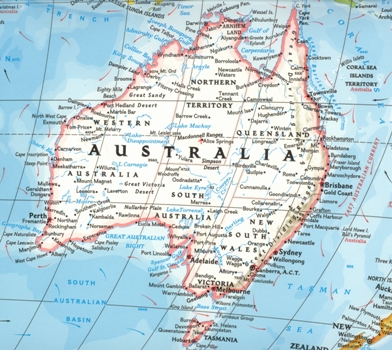 One man’s struggle to find a safe place to live It is obvious, when I first meet Reza*, that his life has been difficult. You can see it in his eyes, in his furrowed brow, in the lines deeply etched in his face. He is not yet 40, but he appears perhaps two decades older. Still, he holds himself erect and smiles as he shakes my hand when I meet him in the interview rooms at the Curtin Immigration Detention Centre in Western Australia’s far north.

The rooms are small and bare, but they are airconditioned, so they provide welcome relief from the oppressive 42-degree heat outside, where the sun is unrelenting.

Both Reza’s smile and the sense of respite are short-lived, as we get down to the business of preparing his application for an Australian protection visa. Reza is a Hazara, a member of a small and distinct ethnic and religious minority in Afghanistan, who many in that country accuse of being “foreigners” and “infidels”. They have been persecuted for generations. Reza tells me about his family’s farm, a modest patch of ground. He tells me of the nomadic Pashtun people, the Kuchi, who enter the village every few years and graze their cattle on his farm, leaving the family penniless. Sometimes they burn down houses in the village. I hear about the threats and extortion inflicted by the Taliban. His eyes mist up as he tells me of the courage of his brother who, a few years ago, refused to pay bribes to the Taliban. His brother was not seen for the next three weeks; his corpse simply appeared one day near the local bazaar.
Advertisement: Story continues below

Tears flow as Reza recounts the death of his father after a Taliban rocket attack on his family home.

There is nothing left for him in Afghanistan. His home is destroyed, half his family murdered, and the local Taliban leadership continues to seek revenge against his family for his brother’s defiance. Reza flees his village, taking his wife and children with him. But there is nowhere to go.

The family smuggle themselves across the border into western Pakistan, where he joins hundreds of thousands of fellow Hazaras living illegally in Quetta. There, they are at the mercy of the Pakistan Federal Immigration Agency, which sends many back to Afghanistan.

And in the past couple of years they have come under increasing attack from the Taliban, al-Qaeda, the Balochistan Liberation Army, Sepa-e-Sahaba, Lashkar-e-Jhangvi and others – an array of Islamic militants who have all sorts of religious and political agendas, but who share a passionate hatred of Hazaras and a belief that it is God’s will they be expelled from Pakistan or exterminated. Countless hundreds of Hazaras have been massacred in recent months in suicide attacks carried out by these groups in Hazara-dominated markets and places of worship.

Reza, needing to escape once again, can find nowhere to go. There is no queue in Quetta. There are no refugee camps, there is no UNHCR, there is virtually no effective government. There is just poverty and violence. Desperate to save his family, and having run out of options, Reza sells his remaining possessions and submits to a people smuggler.

He tells his family to keep their heads down, to leave the house as little as possible until he can arrange for them to join him in Australia. But he almost doesn’t make it here. The fishing boat the people-smuggler has arranged in Indonesia breaks down. It drifts for a week, and the 30 asylum seekers on board have no food. It then develops a leak. Just as Reza and his fellow passengers give up hope of survival, the boat is spotted by the Australian navy and taken to Christmas Island.

Reza never raises his voice as he recounts all of this to me in the interview room at Curtin. “Thank you,” he says, “for listening to my story.” No one has listened to him before.

I don’t know if Reza, or the other Hazaras I recently assisted with visa applications in Curtin, will be permitted to stay. But I do know they are not exploiting our refugee policy. All their lives, they have been victims of exploitation. Nor are they unfairly taking places from other needy people. There is no queue in Quetta.

Steven Glass is a partner of Gilbert + Tobin Lawyers.

*Reza is a pseudonym