You are at:Home»News»Afghanistan’s Hazaras gain clout in disputed parliamentary elections 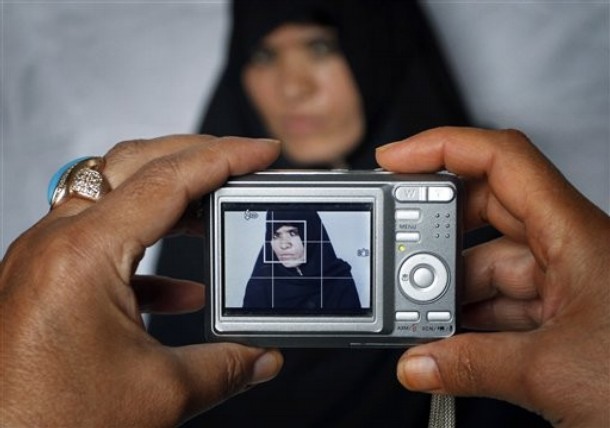 Hazara People note: Hazaras are most populated ethnic group in Ghazni, not Pashtuns. Karzai’s regime is IN KABUL Ethnic chauvinism, which has long bedeviled this fiercely tribal country and fueled a destructive civil war in the early 1990s, is erupting again in a tense dispute over recent parliamentary elections. The poll, held in turbulent wartime conditions, disenfranchised several hundred thousand voters from the ethnic Pashtun majority and unexpectedly empowered the long-persecuted Hazara minority.

The fight has brought the political system to a standstill, pitted fledgling democratic institutions against one another and raised the specter of sectarian strife. It has also further weakened the grip of President Hamid Karzai, a Pashtun, whose ethnic support is splintering under the combined pressure and persuasion of Taliban insurgents based in many rural Pashtun enclaves.

The Hazaras, meanwhile, are feeling their oats. Highly organized and motivated, this fast-rising Shiite Muslim group has essentially become a political party. It is eagerly embracing Afghanistan’s imperfect new democratic system as a steppingstone to power while larger, Sunni Muslim ethnic groups remain caught up in personality-based politics and warlord rivalries.

“We have been legally elected, and we are ready to go to parliament. We have the passion of a new generation behind us,” said Mohammed Alizada, one of 11 Hazara candidates who swept the elections in Ghazni, winning all seats in the Pashtun-majority province. “We will do our best to represent the whole province,” he said. “If our Pashtun brothers failed to vote, perhaps this will be a positive lesson for them in the future.”

‘No election at all here’

Pashtun leaders in Ghazni, however, assert that they were not given the chance to vote because of Taliban threats and poor security. Several Pashtun legislators from there, stunned after losing their seats, mounted a legal campaign to have the election results overturned nationwide, and the Supreme Court is reviewing the case. Of 249 seats in the lower house, 50 went to Hazaras, an outsize portion of power compared with their numbers.

“There was no election at all here. The Taliban are everywhere, and not a single government employee dares come to work,” said Abdul Bari, an educator reached by phone in Ghazni’s Andar district. More than 70,000 people registered to vote in Andar, which is virtually all Pashtun, but only three ballots were cast. “I have no doubt the Hazaras are eager to help the province, but 80 percent of the voters were disappointed,” Bari said. “We all want the election canceled.”
ad_icon

It is a remarkable sign of progress that the contretemps has not come to blows, and that both winning and losing candidates are politely waiting for an official decision. Just 15 years ago, Pashtun and Hazara militias, along with ethnic Tajiks and Uzbeks, were slaughtering each other in the streets of Kabul. There were tales of appalling atrocities on all sides, and the grudges run deep.

The Hazara-Pashtun conflict is especially enduring. It parallels both the latent tensions between Afghan Sunnis and Shiites and the regional struggle for influence between Sunni-dominated Pakistan and Shiite Iran. Historically, the more numerous and warlike Pashtuns oppressed the meeker Hazaras, driving them from farmlands and forcing them into menial jobs such as pulling cargo carts.

Prejudice is still rampant, and Hazaras face blatant discrimination. Several Hazara cabinet ministers chosen by Karzai were rejected by parliament earlier this year, one reason Hazaras savored their unexpected success in the September elections. Hazaras are obsessed with educating their children, but Hazara leaders say even their top students are often turned down by Kabul University.

“I have a PhD and many years of experience, but I was rejected for a position at Kabul University. As a minority, we have never gotten our rights,” said Amin Ahmadi, dean of two small Shiite colleges in Kabul. Yet he also said it was not “happy news” for Hazaras that the Pashtuns had lost so badly in the legislature. “This is a multiethnic country, and all groups need to be represented,” he said. “Our greatest enemy is ethnic nationalism.”

In addition to insurgent violence, some Pashtun voters and candidates complained of widespread fraud in the elections and charged that the national election commission was biased. One losing Pashtun candidate in Kabul told friends she received calls offering to declare her a winner if she paid $150,000, and she refused. Yet commission officials insisted that the polling was much fairer than the fraud-plagued presidential poll last year.

“We delivered a well-managed and impartial process, voters made their choices and the results were certified. We are not prepared to change them,” said Abdullah Ahmadzai, a commission member. “I am a Pashtun and an appointee of President Karzai, and I can guarantee the nonexistence of political motives in the commission.”

Karzai has vowed that a new parliament will be installed on schedule in late January, but it is not clear how the political and legal stalemate will be resolved. The president could ease tensions by giving key Pashtun legislators, who lost in the lower house, consolation seats in the partly appointed upper house.

Several analysts said Pashtuns hurt themselves in the elections as much as the Taliban hurt them. They said Pashtuns fielded far too many candidates in some areas and did not allow women to vote in others. Pashtuns are also suffering from ambivalent loyalties as the Karzai government flounders and sends out erratic signals on the Taliban, relations with Washington and other issues.

In rural Pashtun areas, the Taliban can often gain a foothold through local clan ties, frustration with government neglect or belief that the insurgents represent Pashtun interests. This gives the militiamen the opportunity to intimidate opponents and persuade fence-sitters that the Taliban has more to offer than the election process.

“The Pashtuns are fragmented. They don’t have a party or a single leader to rally around, so they don’t feel inspired to vote. The Hazaras, on the other hand, have turned their entire ethnic group into a political organization,” said Ahmad Nader Nadery, who heads an independent election monitoring group. “For them, this was an opening and they took it.”

Some Pashtuns complain that the Hazaras’ growing clout is a result of financial and political support from Iran, a charge that Hazara leaders deny. These critics also feel betrayed by Karzai, who confirmed recently that he had been accepting cash assistance from Tehran. Public displays of Shiism, once virtually underground, were on bold display throughout Kabul during last week’s festival of Muharram, a major Shiite event.

But Hazaras insist that it is their focus on hard work, ethnic unity and keeping the peace that has enabled them to gain political ground. In Ghazni, where Pashtun-majority districts such as Andar were chaotic and cowed on election day, Hazara districts such as Jaghori were calm and orderly, allowing mass voter participation.

“Everyone here wants security, so we don’t let the Taliban come in and start trouble. Everything was quiet and 95 percent of people voted,” said Hadi Besharat, a teacher reached by phone in Jaghori. “The Pashtuns don’t defend themselves the way we do. They are not sure what they want, but we do. We want democracy, not only for Hazaras but for the whole country.