You are at:Home»Refugees»The Afghanistan security situation remains unstable and is not safe for Hazaras 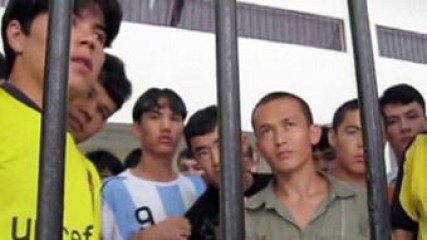 By Hazara People on December 18, 2010 2 Comments
Share this story This week, one of the saddest tragedies occurred on Christmas Island. As I write, bodies of asylum seekers are still missing in the Indian Ocean’s heavy swell. Twenty-seven bodies belonging to Kurdish and Iranian asylum seekers have been found, some women and children. Local residents are traumatised by this event and should be commended for their efforts in trying to assist those who were in desperate need. A number of locals relayed terrible accounts to me of what happened. One resident was woken up by the screams of people on the boat while another could smell petrol coming from the vessel in their house. Others told of stories as women and children drowned or were smashed to death against the cliff face.

While questions begin over who to blame for this tragedy and the immigration debate looks set to ignite again, what needs to be kept in mind that this is the sad reality of the lives of asylum seekers. People have little choice other than to risk their lives at sea or face persecution in their own country. Speak to most refugees about their homelands, and they will tell you how much they love their country yet express deep sadness that they can no longer live there because it is not safe.

2010 has been a dire year for incidents relating to asylum seekers. This week we became aware that an agreement is underway between Australia and Afghanistan to begin sending Afghans home who have failed their asylum claims. Some of you already know I spent two months in Afghanistan this year volunteering for a human rights organization and researching the plights of Hazaras. The Gillard government need only reflect on what happened under the Howard government when Hazaras were deported. David Corlett’s book “Sending Them Home” and Phil Glendenning’s disturbing documentary “A Well Founded Fear” serve as sad reminders of what happened the last time Australia returned asylum seekers.

During my own travels in Afghanistan, several incidents happened indicating that the security situation remains unstable and is not safe for Hazaras. For example, I was in Afghanistan when the Kuchi Nomad attacks on Hazaras in Dasht-e Barchi took place in west Kabul on 13 August 2010. Meanwhile, the Taliban continues to terrorize those travelling along Jaghori -Qarabagh roads. These routes are vital for those travelling to and from Jaghori, a Hazara populated district. A large number of asylum seekers who have come to Australia are originally from Jaghori. Earlier this year, the Taliban beheaded ten Hazara university students when they were travelling home from Kabul to Jaghori for university holidays. For more information about my travels please see:

Need link to Inside Story – should be reposted by tomorrow

On Christmas Island this year, there were numerous incidents of self-harm, attempted suicides, hunger strikes and protests. We also saw a return to the dark days of lip sewing, where detainees feel so powerless over their own lives that they resort to this form of protest. When I left Christmas Island in early July for Afghanistan, the number of those self-harming and attempted suicides had been on the rise. There had been one case of a man slitting his own throat at North West Point detention centre, another attempting to hang himself with his bed sheet and a case of man slashing his stomach at the Phosphate Hill Bravo compound. As the centres become more overcrowded and with deaths in mainland detention centres, the future for asylum seekers in Australian detention looks bleak.

In this newsletter, we have included a report, “Beyond Reach” released by ASCI in conjunction with the Centre for Human Rights Education, Curtin University. Professor Linda Briskman and Lucy Fiske complied this report with ASCI after they visited the Christmas Island detention centres earlier this year. I hope it provides many with an insight into how life is for asylum seekers detained on Christmas Island.

A big thanks to all who continue to support ASCI. A special thanks to the Brigidine Asylum Seekers Project who generously helped me financially while I was in Afghanistan.

We look forward to your support in the New Year and hope that you continue to assist us in our mission to help those held in immigration detention.