You are at:Home»News»Once Oppressed, Hazaras On The Rise 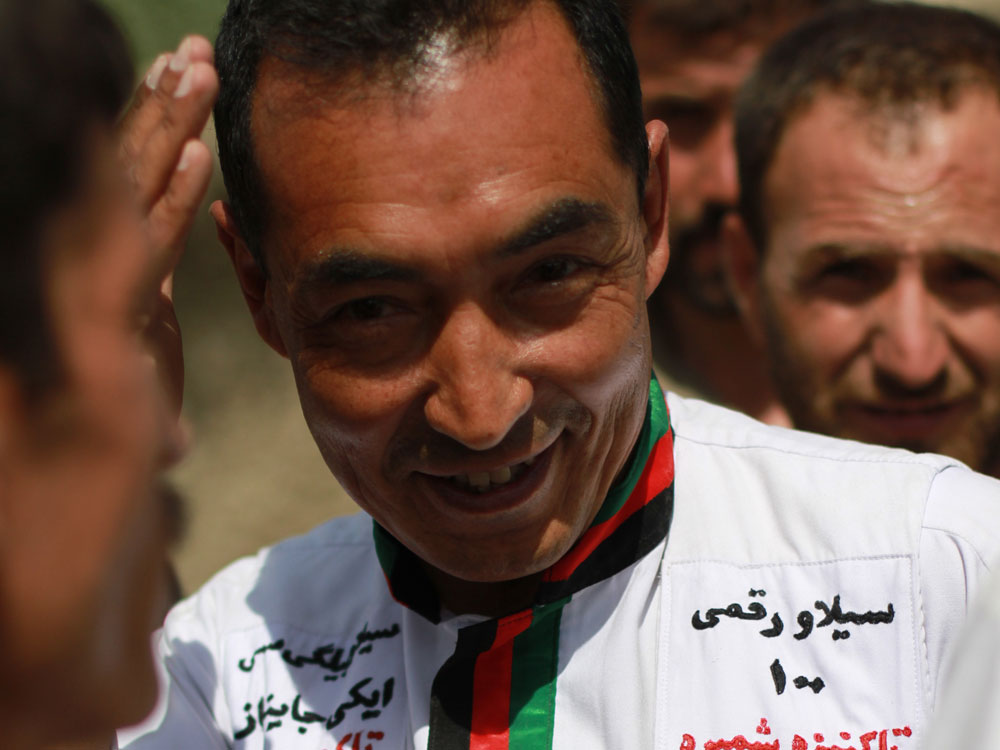 Ramazan Bashardost (shown here in September) is a Hazara member of parliament. "We cannot fight by weapon, because we are not strong. It is a big chance for us to do something by voter card," he says about Hazaras' recent election victories.
News

Once Oppressed, Hazaras On The Rise

By Admin on December 17, 2010 3 Comments
Ramazan Bashardost (shown here in September) is a Hazara member of parliament. "We cannot fight by weapon, because we are not strong. It is a big chance for us to do something by voter card," he says about Hazaras' recent election victories.
Share this story

Once Oppressed, Afghan Minority Hazaras On The Rise
By Quil Lawrence This week, Shiite Muslims around the world have been marking Ashura, commemorating the 7th century death of the Prophet Muhammad’s grandson. Shiites are a minority in Afghanistan, but this year the capital, Kabul, shut down as the streets filled with banners and worshippers.

By coincidence, it comes at the same time as election results, which gave the Shiites a strong voice in the new Afghan parliament. But tensions are accompanying the rise of Afghanistan’s long-suffering minority.

Ashura isn’t a celebration, but an annual group lamentation at the death of Imam Hussein, one of the founding martyrs of the Shiite branch of Islam.

In west Kabul’s newly completed Shiite mosque and university, Ayatollah Asif Moseini’s voice cracked with sobbing several times as he preached about the life of Hussein and the sorrow that more Muslims didn’t come to his aid.

Some Shiites whip or cut themselves in penance. In Kabul, it’s much less violent: Imams asked that mourners donate blood to a hospital instead of harming themselves.

Young men zip past the mosque with huge banners billowing off the back of motorbikes. Abdul Ali is a university student. He says Ashura activities have gotten bigger and more public than ever in his lifetime, thanks to democracy.

Afghan Shiites are almost all ethnic Hazaras — physically smaller than their Pashtun or Tajik neighbors and with faces that look more East Asian. Some believe they are the descendants of the army of Genghis Khan. The Hazaras have embraced democracy, perhaps in the hope that it can protect minorities.

In the past, for racial and religious reasons, other Afghans labeled Hazaras as a dirty, subservient class. The Taliban massacred them in the thousands.

The vote is the weapon they’re using to fight back, says Ramazan Bashardost, a Hazara member of parliament.

“We cannot fight by weapon, because we are not strong. It is a big chance for us to do something by voter card,” he says.

The Hazaras, maybe 10 percent of Afghanistan’s population, won about one-quarter of the seats in the new parliament. Their turnout, for men and women, was high.

But polling stations in many Pashtun areas were closed due to insurgent violence, and the Hazara victory in some places has left them uneasy. In the troubled, largely Pashtun province of Ghazni, all the seats went to Hazaras and other Shiites.

“The enemy is strong in our areas,” says Haji Niaz Amiri, a Pashtun former parliamentarian from Ghazni. Polling stations in his home turf didn’t even open.

“The Taliban won’t let us rebuild our towns,” says Amiri. He would like the elections to be redone in Ghazni. He says the Hazaras are already getting too much favor.

International organizations all hire Hazaras for lucrative jobs, says Amiri, and influential Afghan human rights groups are also heavily Hazara. He doesn’t mind the loud and public celebrations of Ashura, but he is worried that with Iran, a Shiite theocracy, next door, the minority Hazaras in Afghanistan may want revenge after so many years at the bottom.

Around the corner from Amiri’s office, Shiites pouring out of the new mosque are also worried about revenge. Their newfound security isn’t guaranteed, says the student, Abdul Ali, and the Taliban could come again.

“If the Taliban come, they again will be enemy of the Hazara nation,” he says.

Ali says that keeping the Taliban from returning depends on having a good Afghan government. And even with so many Hazaras coming into the new parliament, Ali says, he’s worried. Copyright 2010 National Public Radio. To see more, visit http://www.npr.org/.