You are at:Home»Refugees»Pakistan and the rest of Asia Pacific»Three Hazaras killed in target killing in Quetta 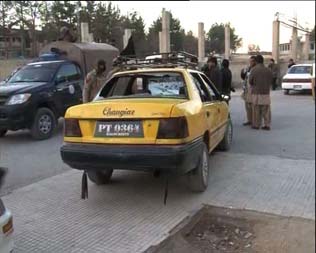 QUETTA: In a fresh wave of target killings, three people were killed and another injured seriously when unidentified armed men attacked them at two different places of the provincial capital on Wednesday.

Police said that three members of a family were travelling in a car from Mariabad to Hazara Town when their vehicle reached at Arbab Karam Khan Road, it was attacked. The attackers opened indiscriminate firing killing Muhammad Hussain and his four-year-old son Mehdi on the spot. Police sources said Barat Ali also sustained injuries and was shifted to Bolan Medical Complex Hospital for medical treatment. The condition of the injured is stated to be serious, according to the hospital sources. 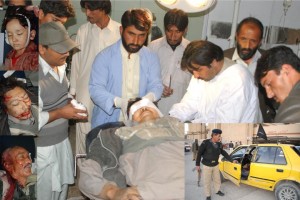 In another incident, some unidentified armed men attacked Muhammad Sulman when he was on his way to home near Kirani Road. The attackers fired several rounds of Kalashnikov killing him on the spot. Meanwhile, SHO Saryab Wahid Bukhash was dismissed from services on the charges of showing negligence in maintaining law and order in jurisdiction.