You are at:Home»Refugees»Real refugee, please stand up 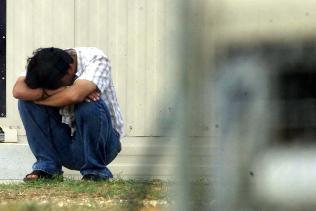 By Hazara People on November 30, 2010 0 Comments
Share this story Opposition immigration spokesman Scott Morrison has proposed refugee trade-off to stop illegal boat people arriving in Australian territory under Coalition plan. Under Coalition policy, Afghan or any asylum seekers who arrive illegally by boat would be returned overseas international camps or other safe places established for that purpose, while more refugees in international camps would be accepted.

Mr Morrison said, “Under this proposal Australia would continue to honour our obligations under the Refugee Convention, but use the safe third country provisions provided under the Migration Act to remove the advantage sought by those entering Australia illegally.”

He also said, “We would continue to receive Afghan refugees to Australia. However, under this scheme, it would not be people smugglers making the decision.”

This is a good idea and this is the way it should be. Australian government should be able to make decision about the boat people and the refugees instead of people smugglers making decision for Australia.