You are at:Home»Refugees»DARYL McLURE: Living with the Taliban 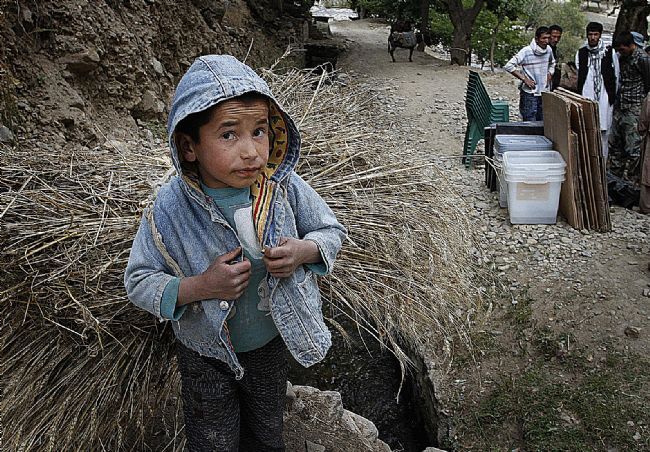 AFGHANISTAN: Life is lived on the edge, ancient hatreds, religious and ethnic, still spill over into bloodshed and a terrible brutality.
Refugees

DARYL McLURE: Living with the Taliban

By Admin on November 29, 2010 0 Comments
AFGHANISTAN: Life is lived on the edge, ancient hatreds, religious and ethnic, still spill over into bloodshed and a terrible brutality.
Share this story AFGHANISTAN: Life is lived on the edge, ancient hatreds, religious and ethnic, still spill over into bloodshed and a terrible brutality.

THE other night I heard a young man in Geelong outline why he had left his homeland in Afghanistan and risked all to find his way to Australia to begin a new life.

It was a timely reminder of just how fortunate we are in this country to enjoy not only freedom and democracy but the simple things we all take for granted, especially our personal safety.

Yes, we have street violence, domestic violence, murder and rape, but they are individual and isolated criminal acts, which we all abhor, not socially-ordained acts of ethnic and religious violence by military or paramilitary groups.

This young man is from the minority Hazara people in Afghanistan – estimated at between 15 and 18 per cent of the 30 million population.
What are your thoughts on this story? Tell us using the feedback form below

The Hazara are mostly Shia Muslims, in a largely Sunni country and, to add to their problems, they are also racially distinct from the majority Pashtun and Tajik peoples.

They are said to be the descendants of Mongol soldiers of Genghis Khan who invaded and conquered Afghanistan in their westward expansion with a Turkish influence.

Their lands within Afghanistan have been greatly reduced since a rebellion was brutally crushed by Pashtuns in 1893 and they have suffered terrible persecution in various forms ever since.

The young man, who I won’t name, opened the eyes of his listeners to a world most of us really did not know existed today, a world in which there is very little personal security, where life is lived on the edge, where ancient hatreds, religious and ethnic, still spill over into bloodshed and a terrible brutality.

It must be a frightening world in which to live but millions have to do so every day of their lives and see mothers and fathers, sons and daughters butchered by fanatics.

Is it any wonder many place their lives in the hands of people smugglers to seek a better life?

I have had my concerns about illegal immigrants, refugees, boat people, whatever you wish to call them, being brought to Australia by people smugglers after flying to Indonesia. But this was the first opportunity I have had to meet an Afghan boat person, to speak to him and to ask questions.

He was an impressive young man, about 26, well-spoken, with a good command of English, working as a labourer but hoping to spend a year at The Gordon next year to enable his qualifications to be recognised here.

I was mesmerised by his story, amazed that such a seemingly well-adjusted young man had seen and experienced so much tragedy and cruelty in his short life, that he had been forced to flee his homeland to stay alive.

He had lost his brother and brother-in-law, tortured and murdered by the Taliban, decapitated, their faces a pulped unrecognisable mess as warnings to others not to work with the allied forces in Afghanistan.

And he had been warned himself that the Taliban were also out to bring his life to an end.

He is now in Australia, seeking a new life, living within the general community, wanting to better himself here and bring his mother and family to share the peace and opportunity Australia has to offer.

You wonder how anyone can come through the suffering and trauma that this young man has and not be bitter.

I am still not convinced that all boat people come here for the right reasons and I still believe that there are frauds and criminals among them and others who are not really refugees.

But when you hear stories such as this young man told, we must have compassion and be willing to help the genuine refugees, those whose lives are in danger in their homelands and who want to begin a new life and share the freedoms and security that are the norm for us.

How can we turn our backs on such people?