You are at:Home»News»Afghanistan and the Parliamentary Crises 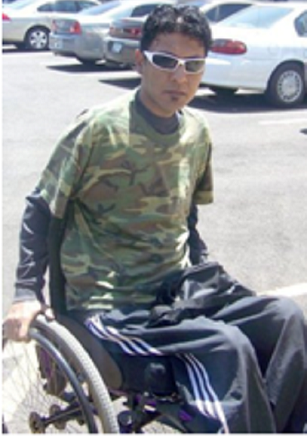 Afghanistan and the Parliamentary Crises

Afghanistan is going through a second round of parliamentary elections in the past almost 10 years of a democratic regime following the Taliban removal. The first election was bad and the second is ugly and a bit of a civil war sign. President Karzai rejected the first announcement of result. The second result called it illegal by Attorney General even 20 winners listed as losers. Opposition and Non-Pashtun ethnics winners made the contemporary government, which originate by Pashtun’s ethnic, ultra nervous, win the majority of seats. If the Attorney General has the authority to call an election illegal and go after investigating, putting people in jail, death threaten election commission staffs, why President Karzai got away with huge election deception. Or if President Karzai says its unacceptable for Pashtu’s of Ghazni province to be represent by Hazara Ministers of Parliament, how come he himself as a Pashtu person accepted by other ethnics to be Afghanistan President? It is meant to be a democratic system not an ethnocentric regime. Non-Pashtu ethnics accepted to be the citizens for three centuries as Pashtu has were only the policy makers. Why now they do not accept others to represent them in the parliament? 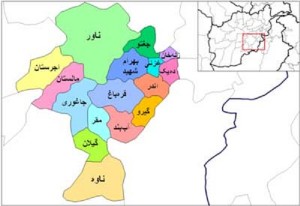 The killing of Kabulian people in 1990’s was not enough! Do they want another civil war just to keep the fake claim of being the majority? ?In the year 1992, Hekmatayar, a Nursanti-Pashtu warlord, asked Professor Rabbani, the president of the interim Government, to remove General Ahmad Shah Masood from being defense minister. His request denied the civil war started in the next day. In 2010 Karzai, a Pashtu Interim President demands more seats for his ethnic and tribal block in the parliament. The request is denied and (in a replay of 1992) the civil war is about to start, what is the different between a warlord and a democratic president? They both stand for same thing.

The civil war has already started. Ahmad Samangani already declared Jihad on a National TV Channel against those who removed him from the list of winners. Reports indicate a large section of the Balkh-Samangan highway closed to traffic for three days by armed followers of local warlords. Local residents speak of passenger cars and roads suffering damage in the fighting. Reports also indicate a woman with her unborn baby have been martyred within the last fortnight. Powerful Jihadist leaders in the area could fight against Karzai regime for years

What will happen if Karzai removed 11 Hazaras MPS who won seats from Ghazni province? The Non-Pashtun ethnics put their lives in front line-fighting terrorism. It is okay if they get killed in frontline defending their country, but it’s not okay if they represent their people in the parliament?
Pashtuns do not want to join the local army. They do not want to kill the Taliban who after all are their Brothers in Faith. Most of them who served as became under suspicions of having connections with Taliban fighters. Killed and backstabbed their fellow NATO, National Amy and US soldires.
It is not too late to save democracy! Arrest Karzai and the leaders of ethno-centric Afghan Mellat party then we will be good to go. Or else Afghanistan is either going to divide or descend into a bloody civil war where all will take part in a nationwide blood bath.