You are at:Home»Refugees»Europe»COLOURFUL EID-UL-ADHA PARTY HELD BY HIF AND SYT AT LONDON, UK 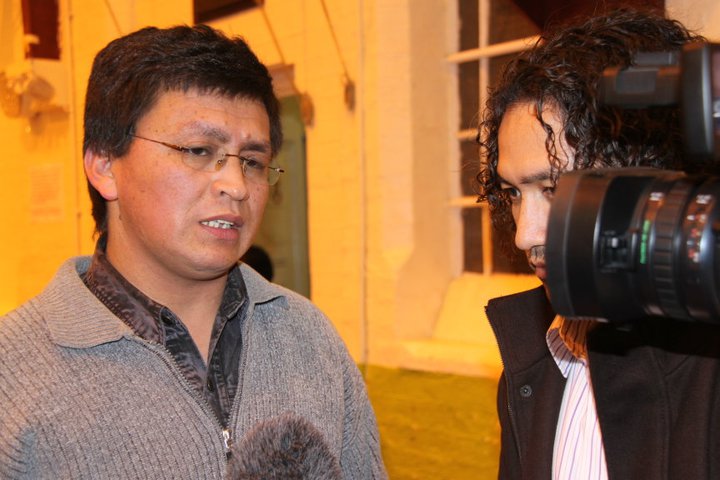 By Hazara People on November 21, 2010 0 Comments
Share this story

The historical and ethical event of Eid brings unbound happiness and bliss for kids and adult alike as they get together to rejoice and celebrate this festivity to the fullest. From time immemorial, human beings have been getting together on various pretexts which are extended to vigils, ceremonies, celebrations and festivities. Agile nations have always proved to stand by their fellow tribes-men through thick and thin and Eid celebrations have wonderfully cemented relationships among all. These joys become meaningful and timely when the neglected or dejected ones are remembered.

This has been exemplified by Hazara International Forum and Shakir Youth Trust which jointly host various cultural programmes especially Eid programmes to invite multi-ethnic nationalities including the Hazaras to show off unity and national spirit. Regarding this, HIF and SYT co-hosted Eid-ul-Adha Party at the Asian Centre, 18a Orford Road, London on 21-11-2010 between 13:00 hours to 20:00 hours GMT. A large number of Hazaras, with their families, participated to enjoy every bit of the programme.

SYT – built to bring awareness among youths about gun and knife culture, drug-abuse and gang wars – also formally announced to launch its “Young Education Programme”, inaugurated by the Mayor of Walthamstow. Among the distinguished guests were the Member of Parliament, Borough Mayor, three male and three female councillors who lauded the efforts of the Organising Team for making the event a success as the immersed into bits of the activities to appreciate the participants with applause.

The Member of National Assembly of Pakistan, Syed Nasir Shah had consented to attend the Party as Special Guest in a telephone call to Agha Marzooq Ali, the Chairman HIF, whereupon a Mercedes car was pre-booked to escort him from Aylesbury to East London. His eleventh hour decline to attend the party astonished everyone, especially the members of Central Committee HIF who had widely communicated the message. His diluted message to a member of HIF raised many eyebrows as it was against the ethic of his protocol to evade conveying the message to the Chairman directly. The pre-booking of the Mercedes car also incurred additional non-refundable charges.

Upon my phone calls to the MNA, he could not, sufficiently, explain the actual reasons for his last-minute refusal except that he needed to go to Belfast for his hand’s check-up. People, at the event were particularly curious, to enquire about his non-serious attitude to the extent. They also demanded a fair explanation to have disappointed the masses for his shallow promise. Providing the MNA concerned managed to book medical appointment for the check-up, he could have tentatively agreed to attend the event to avoid inconvenience and misunderstanding but the refusal one day prior to the event may have been cleverly devised to confine his participation.

The Eid Party, however, continued without his participation and the audience, gleefully, mingled with its colours. The event started with the recitation of the Holy Quran, followed by introductory speech of Agha Marzooq Ali to welcome and thank the guests for their arrival. Samah Naz – the sister of Shakir Shaheed – was invited to pay tribute to the fallen hero. She briefly mentioned the aim, objectives and vision of the Trust and the motivation which led her to further the unaccomplished cause of her brother and stand against all evils.

The function was divided into two phases where the first one included about activities of SYT, the launch of its Young Education Programme, and contribution by various people in forms of poems, quotations and love messages to pay tribute to Shakir Shaheed. A local singer named Zafar was also invited to sing old Hindi songs which earned huge appreciation from the Mayor, councillors and the audience. The function hall was fully packed with men, women and kids.

People from Manchester, Leicester, Bedford, Peterborough, Birmingham, Southampton and London illuminated the function with their active participation in various activities. The MP, Mayor and councillors delivered speeches admiring the hectic efforts of Agha Marzooq Ali to run two successful organisations with anew commitment. The Mayor assured him of full cooperation and support to stretch the campaign against gun and knife culture, drug abuse and gang wars.

The second phase was hosted by Ali Raza Mughal who requested the audience to offer Fatiha for the departed soul of niece of Agha Marzooq Ali, murdered in Quetta about 10 days ago. The Chairman HIF was, then, invited to deliver a short speech. Agha Marzooq Ali, in his message, extended heartiest felicitations to the entire Hazara community on the occasion of Eid and wished them all success and prosperity in life.

As HIF has vowed to bring about awareness against all conspiracies and threats – working side by side with Hazara Democratic Party, Quetta, Pakistan on matters of national interest – a telephonic speech of Abdul Khaliq Hazara was organised to solidify our unity. Abdul Khaliq Hazara thanked HIF for giving him the opportunity to address the British Hazaras telephonically. He conveyed congratulatory Eid messages to the people, wishing them to celebrate their happy moments joyfully. He mentioned of the length and wave of extremism, target killings and abduction of Hazaras in Quetta and expressed his views over geo-political situation of South Asia. He talked about the overall performance of HDP in Quetta, Pakistan and termed lack of political vision, political isolation, Talibanization and other conspiracies the most important elements affecting the Hazaras directly.

Upon question as to what extent he would support the initiatives of HIF to extend ethnic relationship with HDP and other nationalist parties working for political rights of the Hazaras, he said, “HDP highly appreciate this effort and honour their vision of taking steps to bond political and ideological relationship with others. We have always requested Hazara Diaspora to form political platforms to protect the rights of the people. HIF has been involved in politics for many years, representing the people and we see it as good-omen and appreciate them for expressing sympathies and strengthening relationship with us. We have always strived to unify various Hazara political organisations working all over the world. We highly appreciate the efforts of Hazara Diaspora, especially HIF for holding protests and demonstrations against target killings and atrocities of their brothers, living in Quetta. Unification and coordination of different units especially that of England in form of HIF, are really important for all of us due to the fact that Great Britain, especially London is the core venue for raising voice against injustice and cruelties. Providing there were bans on protests and demonstrations in Quetta, Pakistan our friends could take immediate action in London to raise their voice.”

Later, different games including musical chair, drawing competition for kids and adults and quiz show were held to amuse the audience and the successful candidates were awarded with gold-plated medals. 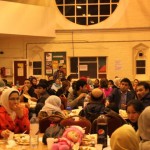 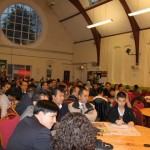 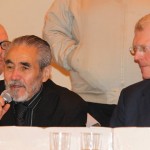 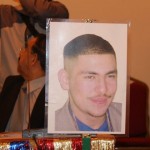 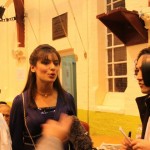