You are at:Home»Human Rights»Analysis: In pursuit of justice in Afghanistan 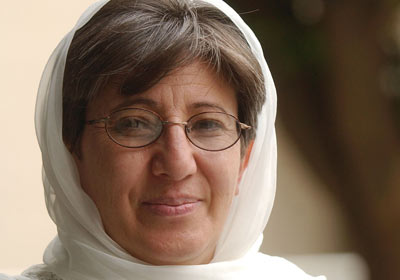 Analysis: In pursuit of justice in Afghanistan

“Without genuine justice, Afghanistan will continue suffering from rights violations, war and lawlessness,” she told IRIN.

The ICC’s remit is restricted to the investigation of crimes committed since July 2002, but thousands of Afghans, mostly civilians, have died and many more have been wounded, displaced and affected by armed violence over the past three decades.

Egregious human rights violations such as large-scale killings of civilians, forced displacement, rape and widespread destruction of private and public properties were committed by Mujahedin militias in April 1992 and March 1993 in Kabul, according to Human Rights Watch. Fighters under the control of Vice-Presidents Mohammad Qasim Fahim and Karim Khalili, and other powerful individuals such as Burhanudin Rabani (chairman of the Peace High Council) and Abdul Rab Rasoul Sayaf (member of parliament and member of the Peace High Council) were involved in the internecine fighting.

Mass rape as a weapon of war was reportedly used by militia factions such as Wahadat-e-Islami, Junbishe-e-Islami, Jamiat-e-Islami, Hezb-e-Islami and Itehad-e-Islami whose leaders are still in power in Afghanistan, according to a UN interagency report covering the period April 1978 to December 2001.

A transitional justice plan designed to address past rights violations expired in 2009 but failed to achieve most of its objectives. Human rights activists accuse President Hamid Karzai’s alleged allies of scuppering the plan to evade accountability.

However, Karzai has defended his alliance with controversial militia leaders whom he has called “respectable Jihadi leaders”. Karzai was a member of the anti-Soviet militias based in Pakistan but which fought in Afghanistan in 1979-1992. He came to power in 2001 at the head of a US-led coalition which toppled the Taliban.

Under a controversial amnesty law passed by the government in 2008, the government and state prosecutors cannot investigate and document pre-2001 crimes and hold alleged criminals accountable.

The call for ICC intervention comes one year after the Court’s chief prosecutor, Luis Moreno-Ocampo, announced that his office was collecting information about possible war crimes committed by the warring parties in Afghanistan.

Afghan rights groups hailed the move and called on the ICC to help end the culture of impunity enjoyed by militias and warring groups.

“We don’t have the capacity to investigate war crimes and the only legitimate institution to intervene is the ICC,” said the AIHRC’s Samar.

“ICC is the only point of hope left for Afghans,” said Ajmal Samadi of the Kabul-based Afghanistan Rights Monitor, adding that the government and its foreign supporters were unwilling to uncover the truth and bring major criminals to book.

The ICC chief prosecutor’s office initially agreed to answer IRIN’s questions about the situation in Afghanistan but later declined to do so. 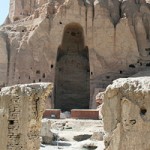 Even the historic Buddha statue was blown off

In a report to the UN General Assembly in August, the ICC said it had not received answers to questions it sent to the Afghan government in 2008.

Waheed Omar, a spokesman for Karzai, did not confirm receipt of the ICC questions by the government, and Foreign Ministry officials have refused to comment.

Several others accused of involvement in appalling crimes in Darfur are also awaiting their verdicts.

“The situation in Sudan is similar to Afghanistan: warlords, corruption, ineffective judiciary, weakened victims and the abuse of religion to justify crimes,” said Samar, who also worked as the UN human rights rapporteur for Sudan, 2005-2009.

“Afghanistan is a state party to the ICC and therefore it must not remain silent about the situation here,” she said, adding that the UN should encourage the ICC to probe crimes in Afghanistan.

However, Elies van Sliedregt, a professor of international criminal law at the VU University of Amsterdam, said there was a lack of political will in the UN Security Council to prosecute war crimes in Afghanistan.

Three permanent members of the Security Council – USA, UK and France – and their NATO allies have been involved in the war in Afghanistan since 2002.

“The ICC prosecutor has already a lot on his plate and to my mind the international community, particularly the human rights community, are overstating the role of the ICC in ending impunity,” Sliedregt told IRIN.

A war crime is a serious violation of international humanitarian law committed during international or internal armed conflict, according to the International Committee of the Red Cross (ICRC).

Willful killing and torturing of a protected person (wounded or sick combatant, prisoner of war, civilian), among other things, constitutes a war crime.

When practised widely and systematically, other serious human rights violations – mostly reported during war and social turmoil – are crimes against humanity which include murder, deportation, imprisonment, torture, sexual offences and prosecutions based on religious, ethnic and other kinds of discrimination.

“Crimes against humanity have happened over the past 30 years and continue to happen today,” Omar told IRIN, adding that the government was trying to tackle the problem.

He said the Afghan government would not oppose the ICC or other bodies working in Afghanistan “within the laws and regulations of Afghanistan”.

“We have always maintained that the war in Afghanistan is still ongoing; we do not fit the definition of a post-conflict country,” he said.

Omar’s assertions, however, are repudiated by rights activists who say the conflict remains unabated due to lack of justice and accountability.

Samar of the AIHRC and other rights activists, meanwhile, accuse Karzai of focusing on his own political survival.

“The government sacrificed justice for stability and the result has been disastrous,” said Samar, adding that Afghans had lost confidence in their leaders to give them justice.

Most of the over 4,100 Afghans interviewed by the AIHRC in 2005 about how to address past crimes said they were victims of human rights violations and wanted alleged criminals brought to justice. They said this would bring security and stability to the country.

Five years on, crimes continue to happen and the victims are still seeking justice.