You are at:Home»Refugees»$5m training plan to urge a return home 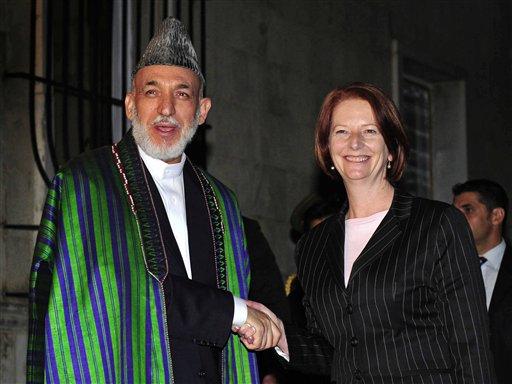 The government has been negotiating with the Afghan President, Hamid Karzai, to begin deporting large numbers of Afghan asylum seekers.

Asylum seekers will be offered sweeteners to return to the countries they fled under a $5 million reintegration program announced by the government yesterday.

The Immigration Minister, Chris Bowen, would not say how much each asylum seeker would be offered in cash, saying most of the money would fund job training and small business start-ups once they were home.

People might receive money to set up a taxi or motorbike service or a corner shop.
Advertisement: Story continues below

”Reintegration assistance will be tailored to individual circumstances and will primarily consist of in-kind support such as vocational training, small business start-up and job placement support,” Mr Bowen said.

Asylum seekers often lose contact with support networks in their home countries after spending years looking for a safe place to live.

The Refugee Council of Australia said Afghans appeared to be the target of the program. A spokeswoman, Kate Gauthier, doubted the usefulness of employment assistance in countries where personal safety could not be assured.

”I’m not sure how much local job seeking assistance Australia can provide in Afghanistan because of the security situation,” she said.

Under the Howard government, individuals detained in Nauru were paid $2000 to return to Afghanistan. Families were offered up to $10,000. Introducing the packages in 2002, the immigration minister, Phillip Ruddock, estimated they were worth five years’ annual income for the average Afghan.

”Anecdotally, we have heard that many people used that money to flee to safety in other countries,” Ms Gauthier said.

Mr Bowen said the ”modest” incentive package would be offered to those who had arrived by boat and chose to return and would be distributed by the International Organisation for Migration, which would remain in contact for a fixed period.

The government has been negotiating with the Afghan President, Hamid Karzai, to begin deporting large numbers of Afghan asylum seekers.