You are at:Home»Refugees»Latin America, US & Canada»Hazara Human rights worker coming to Vancouver 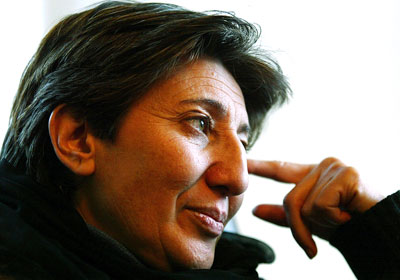 Here is an interesting event for anyone considering work with a non-governmental organization:

Dr. Sima Samar, a human rights worker in Afghanistan, is visiting Vancouver later this month to deliver a lecture on “How can the West support human rights in other parts of the world?”

The event is being held at the Chan Centre for the Performing Arts on Nov. 20, 8 p.m.

Samar is the chair of the Afghanistan Independent Human Rights Commission and founder of the Shuhada Organization, which aims to deliver medical care and educational opportunities to Afghan women and children.

Samar has been widely recognized for her contributions to advancing human rights, and particularly women’s rights, in Afghanistan. She was the first Hazara woman to earn a medical degree from Kabul University. She later fled to Pakistan, where she remained in exile for 17 years.

Since 2002, she has served as the chair of the AIHRC, laying the groundwork for human rights protections in Afghanistan. In addition, she’s worked for various international organizations and forums including the post-Taliban Interim Administration, and was the United Nations’ Special Rapporteur on the situation of human rights in the Sudan.

Samar is one of six international women to have been awarded an honorary Order of Canada. The list includes the Queen Mother, Queen Elizabeth II, Lois Lillienstein, Salome Bey and Tanya Moiseiwitch.