You are at:Home»Refugees»Pakistan and the rest of Asia Pacific»Immediate action needed in Balochistan 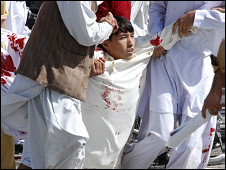 The Taliban and their affiliate sectarian groups continue to operate and kill, mostly, the Shia Hazara community.

The writer was a Ford Scholar at the Program in Arms Control, Disarmament and International Security at UIUC 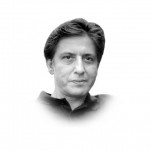 Balochistan needs immediate and effective attention. Period. Not because it is about to secede or even that any secession movement there can succeed; it can’t. Balochistan needs to be dealt with because the province has got a raw deal all these decades and, unless the healing touch is applied, it will – in some ways already has – become a diabetic case. The cost of governing it is rising and will continue to rise unless measures are taken NOW.

Most important is the human aspect. The Baloch have suffered, at the hands of the federal and provincial governments as well as – and this must not be lost sight of – their own sardars and chieftains. The reprisals have now come to haunt innocent Punjabi families, most of which have lived there for decades. They are being targeted, killed mercilessly and forced to leave.

Many have left, selling their properties at a pittance to Pashtun businessmen. And yet, some have returned because they cannot find place in their own province, Punjab, or in Karachi.

The Aghaz-e Haqooq-e Balochistan Package, announced by the federal government with fanfare last year, lies dormant. The provincial government is criminally neglectful of its remit and its people. Baloch sub-nationalists want the province to go from bad to worse. Reason: the worse it gets for the province the better it gets for their cause. The Taliban and their affiliate sectarian groups continue to operate and kill, mostly, the Shia Hazara community. The Sunni Jandallah, fighting the Shia clerical state of Iran, by many accounts, has linked up with some sectarian religious groups. And, finally, there are the criminal gangs involved in target killings and kidnappings; most, say people in Quetta, are backed by some provincial politicians.

As I wrote elsewhere, “Balochistan doesn’t like Punjabis, Shias and security forces. If one belongs to any of these three categories, one can likely end up dead. Punjabis and security forces are targeted by Baloch terrorist groups, Shias bombed by extremist terrorists. Caught in the conflict are journalists, threatened by all sides, some assassinated, others getting killed on the job.

“Right in Quetta, the capital, areas like Sariab, Huddah, Brohi Road and Eastern and Western Bypasses are ‘no-go’ areas for Punjabis. Much of the city, outside the heavily-guarded cantonment area, is dangerous for security personnel. Since 2009, nearly a thousand people have been killed on all sides and about double the number injured in assassinations, bombings, armed attacks and small-scale security operations.”

In the middle of this chaos, the army is trying to do some development work and also attract the Baloch youth. On Oct 29, I was in Quetta again, second time in less than two months. Baloch recruits were passing out, the highest number so far to be inducted in various arms and services of the Pakistan Army. The army is also identifying young Baloch children, boys and girls, and sending them to top schools across the country. It has placed a battalion to protect work at the Chamalang coal mines and created a system whereby the money is ploughed back into the area for development.

The Baloch sub-nationalists are trying to thwart these efforts because it is in their interest to ensure that nothing positive gets done. The families of children whose education is being funded by the army are threatened; recruits who have joined the army have had to face threats — some kidnapped, others killed, some left. But many stayed and are now in the army. This is the situation where one has to chinwag and use the threat of force simultaneously to make one complement the other.

These positive steps, while important, still fall short of what is required: a political solution which has the full participation of the provincial government. Balochistan Chief Minister Nawab Aslam Raisani, after the Quetta parade, told the press that the establishment had not mandated him to talk to the sub-nationalists. Really? So, what is he doing being the CM if he requires the nod of the ‘establishment’? Also, why are civilian principals not taking responsibility for what needs to be done?

Baloch terrorist groups will do whatever it takes to make their cause work. But the provincial and federal governments have to ensure that the issue is solved within the federal framework. They have yet to act.