You are at:Home»News»This Is Your Brain on War 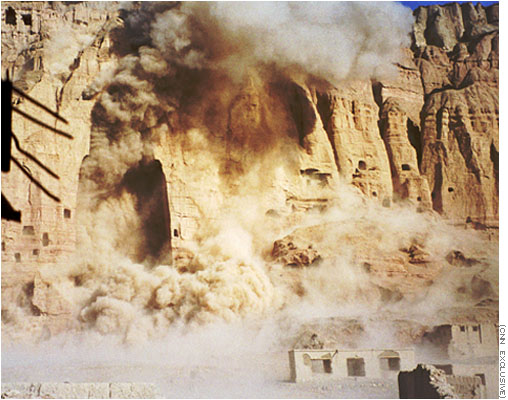 This Is Your Brain on War

By Admin on October 22, 2010 0 Comments
Buddhas of Bamyan destroyed by Pashtun Taliban
Share this story Co-coordinator of Voices for Creative Nonviolence

Kabul — Khamad Jan, age 22, remembers that, as a youngster, he was a good student who enjoyed studying. “Now, I can’t seem to think,” he said sadly, looking at the ground. There was a long pause. “War does this to your mind.”

He and his family fled their village when Taliban forces began to attack the area. Bamiyan Province is home to a great number of Hazara families, and Khamad Jan’s is one of them. Traditionally, other Afghan ethnic groups have discriminated against Hazaras, regarding them as descendants of Mongolian tribes and therefore inferior.

During the Taliban attacks, Khamad Jan’s father was captured and killed. As the eldest, Khamad Jan bore responsibility to help provide for his mother, two brothers and two sisters. But he struggled with debilitating depression, so much so that villagers, anxious to help, talked of exorcism. One day, he said he felt ready to give up on life. Fortunately, community members and his friends in a local youth group, the “Afghan Youth Peace Volunteers,” have helped him come to terms with the pain he feels, assuring him that he can find a meaningful future.

Khamad Jan’s village is a particularly hard place in which to build houses, roads or farms. He and his family own a small plot of land which produces potatoes and wheat. The family works hard, but they only grow enough to feed themselves for seven months of the year. For a few months of every year, they must depend heavily on bread and potatoes, a carbo-diet which leads to malnutrition. Like other women in the village, Khamad Jan’s mother and sisters are chronically anemic, suffering from headaches and leg cramps.

Assisted by an interest-free loan from a private corporation called Zenda, Khamad Jan has taken the risk of starting a small business producing potato crisps.

Afghan potatoes are delicious, and Khamad Jan hopes that the quality of his crops will give him a slight competitive edge, but a popular brand from the farmer-subsidizing U.S. is flooding the market.

Previously, he had run a small potato crisp production operation in the Bamiyan bazaar, and even added sale of cookies and cakes, but the costs of rent, oil and fuel were prohibitive, and he couldn’t make a profit.

The Zenda Corporation, at the urging of youth group coordinator Hakim, offered him a larger loan, but Khamad Jan felt intimidated by the financial risk of accepting it. To help him shoulder the fear of taking this loan, Hakim, a member of the Zenda group, converted the arrangement into a shareholder status.

Khamad Jan ran the business without a salary, and Zenda pumped in investment. Now, after two years, Khamad Jan has felt secure and confident enough to accept a direct loan from Zenda.

We met him at a site in a new settlement, on the outskirts of Bamiyan city, where he coordinates construction of a small facility to house the potato chip production line. Earlier, we had visited a shed that he rents to store his main pieces of equipment, a potato slicer and a bag sealer. When the new factory is completed, he’ll move the equipment in and start production.

Maybe, just maybe, the family can break out of poverty. Khamad Jan says that they’ve needed help to do this, but he specifies that they need the help to reach them directly rather than through organizations that use resources for their own benefit. Earlier, his sisters were more assertive, telling us that much of the “help” they hear about on the radio goes to people who are corrupt and don’t share it.

Khamad Jan’s sisters and mother say that government officials aren’t involved in their lives; in fact they never see or hear of any governance action beyond their own village council.

But they face severe problems which they wish the government could help them solve. For instance, electricity is available only two hours per day.
The roads are almost impassable, and it’s difficult for the children to obtain an education.

In her 40 years of life, Khamad Jan’s mother has experienced 30 years of war.

She remembers that when she was 10, fleeing the Soviet invasion, her whole village had to trek into the mountains through snow. “Some were on donkeys,” she recalled, “and some were carried on the backs of others.” Families on the run couldn’t adequately assist all of their loved ones. Many people weakened in the journey, especially the very young and very old, and this led to calamitous falls from the mountain which she and her neighbors could only watch.

She fears yet another attack.

Neither she nor her daughters had ever heard of the 9/11 attack in the U.S. Nor were they aware that the U.S. had invaded their country in October of 2001.

“We are illiterate women,” said one of her daughters, “but we want a chance to find good, dignified work so that we can take care of their families.”

Above all, they want to live without the constant fear of war.

“The world says they are helping us,” said a neighbor of Khamad Jan’s while we were visiting his mother and sisters. “How? By dropping bombs?”

“War destroys people,” Khamad Jan concluded, after giving us a tour of the developing potato crisp production factory. Again, he stared at the ground as he thought about what he would say. “It destroys our livelihood. It damages our minds.”

“All the players in this war have their own purposes for being here,” he added, after a long pause. “There is absolutely no benefit to the people here from the wars that are being fought.”

Hakim’s hand was on Khamad Jan’s shoulder as he translated this for us. Finally, Khamad Jan raised his eyes. We thanked him for speaking to us about his thoughts. And then he went back to work.

Kathy Kelly, (kathy@vcnv.org), is traveling in Afghanistan with two other co-coordinators of Voices for Creative Nonviolence, (www.vcnv.org), David Smith-Ferri and Jerica Arents.