You are at:Home»Human Rights»Agreement with Taliban could Threaten Human Rights: USIP 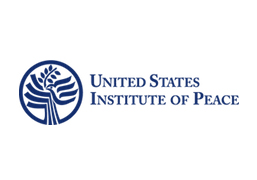 By Hazara People on October 19, 2010 0 Comments
Share this story A latest special report by the United States Institute of Peace (USIP) finds that an agreement with the Taliban “could threaten human rights and freedoms, especially those of women”

The study suggests that talks with the Taliban should involve legitimate representatives of Afghan society and any deal resulted from negotiations should reflect the will and aspiration of the nation.

The USIP is an independent institution established and funded by Congress and mainly its goal is to help prevent and resolve violent conflicts.

The report “Dangerous Liaisons with the Afghan Taliban” was written within six months between January and June of 2010.

The report is written based on the interviews with 80 individuals including 14 insurgents as well as diplomats, analysts, community and tribal leaders.

The writer of the report is Matt Waldman who had run some key political posts including Oxfam’s head of policy in Afghanistan from 2009 to 2010 and better understanding of insurgent motivations and objectives to assess the feasibility of risks and implication of negotiations has been called as the aim behind the study.

The study reveals that most of the commanders interviewed emphasised two main objectives of the Taliban that include “the withdrawal of foreign forces and establishment of Sharia” in the country.

Among the motivations of the Taliban fighting Afghan and foreign forces in Afghanistan listed in the report are retaliation against military aggression, resistance to foreign invasion and opposition to power abuse and impunity.

Pre talks steps including confidence-building, de-escalation of hostilities and amnesty require a careful control of spoilers on all the sides and it requires “the support, but not excessive influence of Pakistan and other regional powers,” it said.