You are at:Home»Sport»“Afghanistan in hope of gold in Asian Games”: official 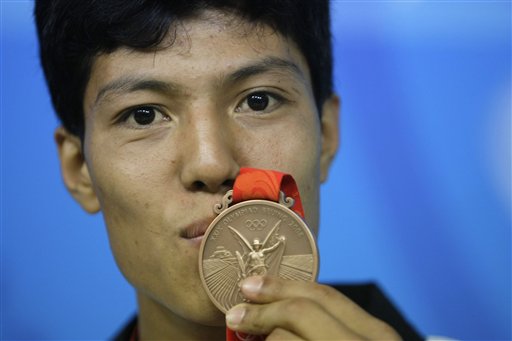 “Afghanistan in hope of gold in Asian Games”: official

By Admin on October 18, 2010 0 Comments
Rohullah Nikpai
Share this story slated for November in China’s southern major city of Guangzhou, said the head of the delegation on Monday.

Ghulam Ghous Nikbeen, chef de mission of the Afghan sports delegation, told Xinhua in an exclusive interview that the Afghan team targets on two gold medals in the Games.

“War does not deprive of our love for sports,” said Nikbeen, ” we are in hope of glory in China.”

The official, who is deputy secretary general of Afghanistan’s National Olympic Committee as well, said 103 athletes will be among the delegation, eight of whom female.

The official said the Afghan delegation wishes that the athletes would display outstanding performance in boxing, Taekwondo and wrestling.

Rohullah Nikpai, a 23-year-old Hazara minority, started his Taekwondo training at the age of 10.

During the bloody conflict over the capital city of Kabul, Nikpai’s family left the city and settled in one of neighboring Iran’s many Afghan refugee camps.

He soon became a member of the Afghan refugee Taekwondo team.

He returned to Kabul in 2004 and continued his training at the government provided Olympic training facility.

At the 2006 Asian Games in Doha, Qatar, Nikpai competed in the flyweight division where he was defeated by eventual silver medallist Nattapong Tewawetchapong of Thailand in round 16.

Nikpai competed in the 58 kg category at the 2008 Summer Olympics in Beijing, China, defeating two-time world champion Juan Antonio Ramos of Spain to win the bronze medal, making him Afghanistan’s first Olympic medalist in any event.

“I hope this will send a message of peace to my country after 30 years of war,” Nikpai said after his Beijing Olympic adventure.

“Nikpai has a more ambitious dream for his second China tour, ” said Nikbeen, the official.

Nesar Ahmad Bahave, the other Afghanistan’s Taekwondo ace, won the silver medal in the lightweight category (72 kg) at the 2007 World Taekwondo Championships. It was the first international medal for Afghanistan in any sport.

The 25-year-old Bahave also won the bronze medal in lightweight at the 2006 Asian Games, and competed in the 68kg category at the 2008 Summer Olympics.

On Aug.8, 2008, at the opening ceremony of the Beijing Olympics, Bahave was the flagbearer for Afghanistan.

“The Afghan people will also anticipate for good performance of group events like basketball in Guangzhou, ” said Nikbeen, the chef de mission.

Xinhua interviewed Nikbeen at his office in the stadium where Taliban used to execute civilians during their regime and the stadium was tightly guarded by police at this moment.