Afshar massacre a sear on the hearts of thousands

graphic work by Bashir Bakhtiari, Afghan graphic designer, caricaturist and filmmaker What happened in Afshar Today, when the Afghans are awaiting accountability and justice to cure their wounds... 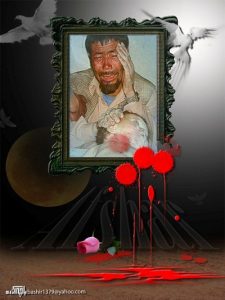 What happened in Afshar
Today, when the Afghans are awaiting accountability and justice to cure their wounds with, 11th of February 2009 the sixteenth anniversary of the massacre day of Afshar that took place in 1993 adds another emphasis on the importance of peace and justice for the nation. And now in the era of a so called democracy in the country, even sixteen years after the massacre of Afshar in west of Kabul where hundreds of innocent civilians were killed by the soldiers of Sayaf, Masoud and Rabani misfortunately there are still spaces for all those who committed this massacre; an obvious anti-human action.

The consequences of Afshar massacre
Now after sixteen years, still people are found who miss their dearest ones in Afshar; among the survivors still there are sons who are grown now, but they have never seen their fathers since the Afshar massacre, and there are mothers who are day and night glancing at the door, awaiting a chance of seeing their sons coming back home who went in captivity in Afshar.

Still there are women, who have seen their daughters being raped before their eyes and since no one have helped them to gain justice they gone to craze thereafter.

Among the survivors still there are mothers, who go dead crying when they see children because their infants were shot dead before their eyes in Afshar by the people who share the same country, who call themselves Afghans, who say they are Muslims and holy war fighters; but in Afshar they rape women, they loot people’s wealth and they never hesitate to kill neither infant nor the elderly only it was enough to be Hazara.

When you walk in the streets of Afshar, every single brick has things to say, every corner has stories to share and every clod smells of blood; blood that was shed for nothing except for the thirst of power. The innocence of the civilian victims is an evidence of the fact.

Years pass, wind blows and still blood stinks in Afshar streets, but nothing is done practically to bring justice for the victims and the survivors, only the pages of history remembers is as an event that occurred in a period of time but no matters how human rights were violated and who many people were killed. If we do nothing to bring justice for people the only page of history about Afshar can also be blown by the wind of time and what shall we say to our next generations about it? Are we not responsible?! 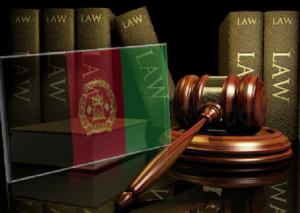 What can be done hereafter?
One of the obstacles on the way of bringing justice for the people is created by the people. Most people believe, there will be a resurrection day to do the judgment on who did what, but then it will be too late when every one is dead. Therefore it is always taken for granted to follow up such cases.
The other obstacle is the non existence of a point where people would refer to and submit their petitions there is no point where their voice is heard therefore they can not act for the justice alone.
It is the responsibility of the intellectuals to let the people know about where to refer and what to do for brining justice.

First the people should be told that, why the oppressors and human rights violators shouldn’t be prosecuted and penalized in this world, for what they did against humanity while there are courts and people to help.

Who can be pioneer for this mandate?
Committed journalists and researchers could be pioneer group for this mandate.
The journalists and researchers can do the research; find eye witnesses of the massacre among the victims and survivors, interview them and complete evidences and proves for a comprehensive report for the International Criminal Court.
And this court then would launch their own proceedings for the follow ups of the cases.
That could be a step, a very hard step to help the people find justice and peace and in their lives.

And what is the role of the people to bring justice for them
In the current situation, when the whole governmental system is drowning into corruption in Afghanistan, “justice” seems to be a meaningless word in the contemporary glossary of the Afghan people.
People seem to be reluctant and hopeless to pursue the cases in which their primary human rights were violated.
Even through the so called democracy during the post Taliban government as the evidences show, people have no more hopes to see the real justice they sought, because what all they expected turned the vice versa. The people who committed crimes against humanity in the past not only were not prosecuted but instead they were all promoted and empowered in different positions by the government and thus no voices were heard and there was no where to shout for people.

As a practical way of judgment and accountability of the governmental rulers, the elections can be a chance for people to judge the rulers by their votes based on what they have seen in their lives through the years of each government. So the primary tool they have to bring justice in their lives is their votes if first the conductive quality of elections is guaranteed, second if they are provided with the physical and moral security before and during the elections, they would definitely use their votes for their turning point.

If the upcoming elections will not be sacrificed by the internal, regional and global political games and by the influences of the warlords, human rights violators and drug traffickers, the people would vote for their ideal candidate who has a clear and transparent background, no connections to human rights violations and crimes against humanity in the past. This could be a primary towards peace and justice.

The Hazara carnage in Afghanistan
Previous