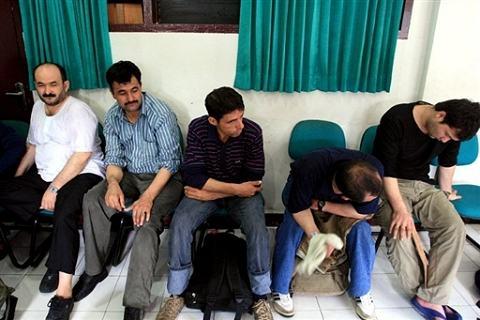 Phil Mercer | Sydney, 04 October 2010: The United Nations refugee agency has welcomed Australia’s decision to lift a freeze on the processing of claims from Afghan asylum seekers. In April, Canberra said it was suspending the processing of applications because security had improved in Afghanistan. The move was blamed in part for chronic overcrowding in Australia’s immigration detention centers.

There are thought to be more than 2,000 Afghans in Australia’s network of overcrowded immigration detention centers.

The exact reasons for the decision to process their applications after a six-month freeze are not clear. Australian Immigration Minister Chris Bowen said last week the temporary ban was being lifted based on information from officials in Kabul. He did not give further details.

The United Nation’s refugee agency has welcomed the decision, although Richard Towle, the United Nations High Commissioner for Refugeess regional representative, says it is misleading to think that security in Afghanistan is getting better.

“What we need to do is make sure, when we do the assessments of these cases, we have at our disposal the most up to date and the most accurate country information so that we can assess whether the person whose claim is being assessed is in need of international refugee protection,” he said. “So I think it’s a bit misleading to say that conditions are improving in Afghanistan. Clearly they are fluid, complex, and in some parts of the country, extraordinarily dangerous.”

In a statement, Australia’s immigration authorities say the government will offer sanctuary to genuine refugees, in accordance with the country’s international obligations and that those not deemed to be in need of protection will be sent back to Afghanistan.

Indonesian authorities have expressed fears that Australia’s move to resume the processing of asylum applications from Afghanistan could create a surge of people heading through their territory. Indonesia has often been used a popular departure point for criminal gangs which ferry asylum seekers into Australia’s remote northern waters.

Although much of the public debate on asylum seekers in Australia has concentrated on boat arrivals, official figures show the vast majority of asylum applicants arrive by plane.

Researchers say that asylum seekers who arrive in Australia by boat are more likely to be accepted as genuine refugees than their airport counterparts.

Australia grants visas to about 13,000 refugees each year under various humanitarian programs.