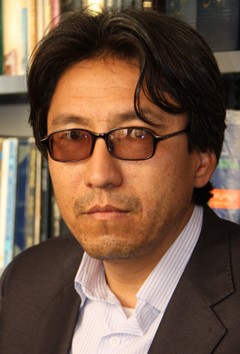 By Admin on September 30, 2010 3 Comments
Javad Khavari
Share this story

Source
Javad Khavari was born in 1967 in Bamyan, a province in central Afghanistan. At the age of four Khavari emigrated to Iran with his family. In 2006 he finished his studies on the Sharia and the basic disciplines of Islamic doctrine.

His first literary work was the short story »Raze Zaman« (tr: Secret of Time) in 1991, which was released two years later by the Iranian publisher Ali Payam in the collection titled »Sange Malamat« (tr: Hardness of Rügen). It was followed by »Poschte Kohe Quaf« (1997; tr: Behind Nowhere), a collection of myths of the Hazara people, to which Khavari himself belongs. Other publications such as »Amsal o Hekmat haye Mardome Hazara« (2001; tr: Proverbs and Customs of the Hazara Tribe), »Do beiti haye Hazaragie« (2003; tr: Folk Songs of the Hazara People), »Ghasse haye Hazarahaye Afghanistan« (2008; tr: History of the Hazara tribe in Afghanistan) and »Gole Sorkhe dele Afgar« (2008; tr: Red Flower, Broken Heart). Khavari’s works reflect the many facets of life of the Hazara, who live as a Shiite minority mainly in central Afghanistan. The barren landscape and the hard life of his people are the setting for his literary creations. The longing for acceptance and recognition for the people of the Hazara is the guideline for his stories. Since 1997 Javad Khavari, one of the founders of the literary magazine »Dore-Dari«, belongs to the Afghan writers that have given Dari, (the version of the Persian language spoken in Afghanistan and the country’s official language) its own identity and position in the Persian speaking region. In 2004 he won the Cultural Prize of Afghanistan.

In his short story »Eshqubazi« (tr: Love Story) Khavari broaches the issue of tribal life in Afghanistan as a self-contained system with its own views and prejudices against other tribes. Khavari’s stories are vivid and alive, his commentaries and articles realistic and matter-of-fact. Currently Javad Khavari lives and works in Kabul and is writing a novel.

Mohammad Hussain Mohammadi was born in 1980 in Mazar-e Sharif in northern Afghanistan. He and his parents emigrated to Iran when he was seven. He received a Master degree as a production director at the Department of the Islamic Republic of Iran Broadcasting (IRIB). 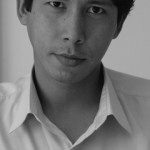 Mohammad Hussain Mohammadi began writing short stories and reviews in 1997. Two years later he published his first collection of short fiction, »Parvanaha va chadarhaye Safed« (1999; tr: The Butterflies and the White Scarves). His second collection, »Anjirhaye sorkhe Mazar« (2004; tr: The Red Figs of Mazar), won both the Iranian Hushang Golshiris Literary Award for the best short story collection and the Isfahan Literary Award. In 2009, Mohammadi won the Afghanistan Peace Prize for his book. Mohammadi’s stories are largely set in Soviet-occupied Afghanistan. They depict a society in which war has become a part of everyday life: a father finds a dead solider in a field and wants to hide the terrible discovery from his family; a young boy loses a leg to a mine and must begin begging for a living. Mohammadi’s stories are written in precise, unpretentious prose, strikingly reflecting the constant presence of open and covert violence. In 2007, »Az yad raftan« (Engl: »Oblivion«, 2008) was published, a collection of short fiction which, a year later, won the Award of Critics of the Iranian Press.

Mohammadi is also an author of books for children and an editor. In 2006, he published his »Afghanistan Story Writing Encyclopedia«, a compendium of Afghan writers who have written one novel or more than ten short stories. In 2008, he was elected Manager of the House of Afghan Literature in Tehran by writers and poets, from which he edits the magazine »Rawayat« (tr: Tale), that focuses on prose writing in Afghanistan and Iran, as well the cultural exchange between the two countries.

In 2009, he published »Too Hich Gap Nazan« (tr: You Say Nothing), a collection of short fiction about culture and tradition in Afghanistan before and after the rule of the Taliban. Soon to be published are a collection of short fiction by Afghan writers edited by Mohammadi, »Emzaha« (tr: Signatures) and his novel »Nashad« (tr: Sad). His works have been translated into French and Italian. Mohammad Hussain Mohammadi recenty return to Afghanistan and lives in Kabul.