You are at:Home»Refugees»Australia»Wrong information about Hazaras in leaked papers 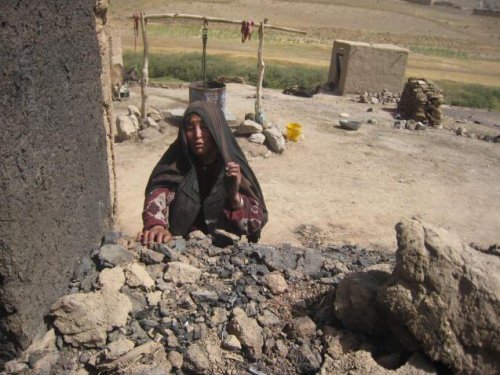 By Admin on September 29, 2010 0 Comments
Hazara home burned and looted by Kuchi
Share this story

Hazara People: News and reports say that attacks on Hazara people have been increased in 2010. Dozens of Hazara people were killed by Pashtun fundamentalists in Wardak, Urozgan and Gazni provinces. Just thousands of Hazaras forced to flee after a bloody attack by Kuchi- Taliban in may 2010 (Afghanistan Independent Human Rights Commission).
Unfortunately the Australian government may use the wrong information in leaked papers to reject the Hazaras asylum claims. Here is a story posted on the Australian website:

Hazaras, Tamils at less risk according to leaked papers

Leaked documents suggest the government believes minority groups in those countries are now at far less risk of persecution.

As Immigration Minister Chris Bowen prepares to announce his decision on whether he will lift or extend the six-month freeze on Afghan asylum claims, refugee experts have leaped on draft copies of so-called departmental guidance notes, saying they are written to fail new claims.

The attack came as migration agents said they had been asked by the Immigration Department to be prepared to fly to the Curtin and Christmas Island detention centres to begin processing the huge backlog of refugee claims generated by the freeze.

It was the 97th boat this year, bringing the total number of intercepted passengers to 4612.

Despite stating at the outset that 2008 and last year were “the most violent years since the fall of the Taliban in 2001” in Afghanistan, the guidance notes convey an improved set of conditions for ethnic Hazaras, who make up most of the asylum-seekers and once had a 90 per cent applicant acceptance rate.

“There are serious doubts as to whether claims amounting to persecution on the basis of race, by Hazara asylum-seekers, are well-founded,” the notes read, under a section entitled “Policy Position”.

A similar position is taken on Shia Muslims, who have traditionally been the target of mistreatment in Afghanistan.

Referring to the situation of minority Tamils in Sri Lanka, the notes say Tamils “may now be less likely” to be persecuted, although applicants with “significant political profiles” may be at risk.

A six-month freeze on new Afghan asylum claims was announced by the Rudd government in April, ostensibly to carry out a review of conditions in Afghanistan and Sri Lanka.

There is widespread expectation Mr Bowen will lift the suspension, which expires on October 9, because it has contributed to record numbers of asylum-seekers in detention.

Yesterday, the Senate passed a motion put forward by Greens immigration spokeswoman Sarah Hanson-Young, calling on the government to lift the suspension.

The vote was carried with the support of the Coalition, which has proposed a similar motion in the House of Representatives.

The head of a large migration firm, Florin Burhala, said he had been contacted by the department about the freeze.

A departmental spokesman said refugee assessors would “not be bound” by the notes, which had not been used to assess claims.

A copy of the notes can be found online at www.theaustralian.com.au