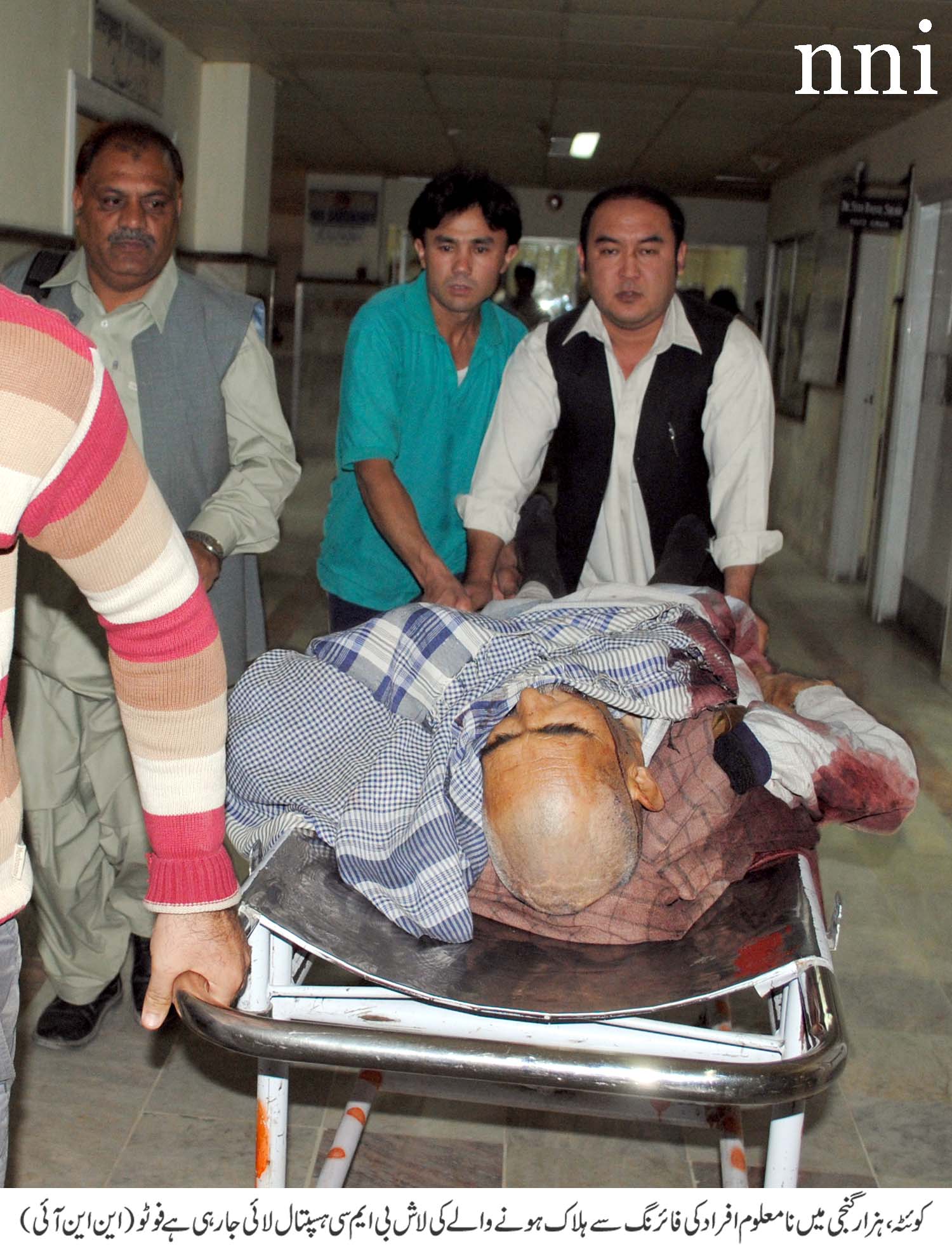 By Hazara People on September 28, 2010 0 Comments
Share this story

Liaquat Ali Hazara, September 28, 2010: Unknown terrorists opened fire on a vehicle carrying four innocent Hazara grocers in Hazar Ganji, Quetta at 11:00 AM local time, killing two of them on the spot and injuring two others. The grocers were returning home from Hazara Ganji when armed men targeted them with automatic assault gun. The slain Hazaras have been identified as Murad Ali (Zahir) S/O Qadam Ali and Qari Mohammad Ali S/O Qurban Ali, in their early 50s, while the identity of the injured ones is being confirmed. Later, the dead bodies were shifted to Nichari Imam Bargah, Alamdar Road, Quetta to be laid to rest in Hazara Graveyard today while the injured have been admitted to Sandeman Provincial Hospital for emergency treatment. 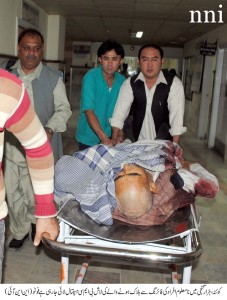 It is worth mentioning that over 53 Hazara youths were killed on 3rd September, 2010 in Mizan Chowk, Quetta when a suicide bomber blew him up among peaceful protesters, participating in a rally taken against the unlawful occupation of Baith-ul-Muqadas by Israeli forces and to express solidarity with Palestinian people. Later, Tehrik-e-Taliban Pakistan (TTP) and Lashker-e-Jhangvi claimed responsibility of the suicide bombing in separate telephone calls made to the local news agencies.
Eyewitnesses and local doctors have confirmed that most of causalities happened due to bullet injuries of law enforcement agencies and paramilitary troops including Frontier Corp and Anti-Terrorists Force (en elite police commando group, trained to combat terrorism).

The law enforcement agencies, as usual, have expressed sheer apathy to the entire matter, terming it as target killing in a bid to close the files without any further investigation. The peaceful ethnic Hazaras have been living in Quetta city for centuries but the decade long target killings and terrorist attacks against them have relatively confined them to their areas. The whole city is gripped with anxiety, uncertainty and frustration due to deteriorating law and order situation.

Pertinent to security of the Province, the Provincial government under the leadership of Nawab Aslam Raisani – an elected Chief Minister of Pakistan People’s Party – turned out to be a complete failure in providing security and safety to the people. In the general election of February, 2008, the Baloch Chieftain, Nawab Asalm Raisani was unanimously elected as the Leader of Balochistan Provincial Assembly who claimed to provide complete security to the people and improve the law and order within two years else he would resign. The Federal and Provincial Governments have completed the tenure of over 2.5 years; however, the Balochistan Government has failed to chalk out a viable plan of action to cleanse the society of the malice of sectarianism, extremism, target killings and terrorist attacks.

The formidable law and order situation in Quetta city, especially among Hazaras, has created a chaotic situation which is driving the youths towards fierce retaliation. The Federal Interior Minister, Rehman Malik early this month, vowed to start targeted operation against Baloch resistance groups in the province, however, he ignored to mention of any action against the extremist outfits such as Lashker-e-Jhangvi and Sipah-e-Sahaba etc, operating actively and targeting innocent Hazaras.