You are at:Home»News»Ban Religious Processions 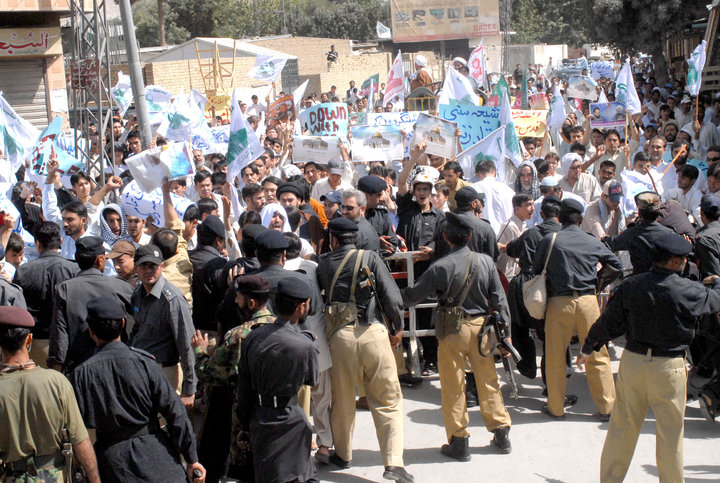 By Hazara People on September 6, 2010 6 Comments
Share this story 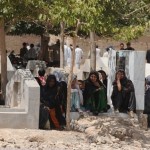 The BBC Urdu Service, while covering the final burial of several people who were killed in Friday’s suicide bomb blast in Quetta, reported that enraged family members of the victims directly blamed the religious leaders for being responsible for the carnage.

Devastated with the grief of losing their sons, the mothers of the slain Hazara citizens pelted stones on the religious scholars who provoked the feelings of the participants of a protest rally which was intended to express solidarity with the people of Palestine.

Initial reports suggest that the catastrophe could have been averted if the religious scholars had not insisted on entering an insecure route which was not even a part of the plan they had previously negotiated with the local police. The family members of the blast victims moved bravely against their own religious leaders and humiliated them publicly for playing with the sentiments of the youth which culminated in the killing of around seventy people. 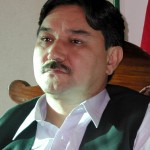 Abdul Khaliq Hazara, the central secretary general of the Hazara Democratic Party (HDP), which is the largest secular and democratic party of the Hazara tribe in Balochistan, has also blamed the Shia clergy for inviting avoidable trouble.

The brave reaction demonstrated by the Hazara mothers and sisters merits appreciation. This should be imitated by all the people of Balochistan in order to thwart violence employed on the name of religion. This gesture, however, does not provide immunity to the real culprits of the suicide blast. They need to be brought to justice by hook or by crook as it is the utmost responsibility of the government to provide complete protection to its citizens.

The majority moderate Sunni population should also embark upon a process of interaction and dialogue with its leaders. They should be asked to isolate such prayer leaders who preach violence, hatred and intolerance. The common man in the streets of Balochistan surely does not have any kind of bad feelings for a Shia. Balochistan has historically had a tolerant society where the followers of different sects of Islam coexisted. Even Balochistan has remained a safe place for the religious minorities such as the Hindus and Christens.

Balochistan was the only part of Pakistan from where Hindus did not migrate at the time of Partition in 1947 because the local Baloch and Pashtuns never forced them to leave their homes. Our ancestors always accommodated religious and sectarian difference as a reality of life. Our younger generation should also uphold these impressive traditions.

While the government continues to probe the deadly suicide bomb explosion, Baloch and Pashtun nationalist parties have asked for a complete ban on religious processions at public places. The National Party and the Pashtunkhawa Milli Awami Party, if analyzed through their past politics, have surely not been anti-religion in spite of their secular credentials. Their proposal is timely and reasonable. Hazara Democratic Party (HDP) should also come forward to support this proposal and coax the Balochistan government to completely ban all kinds of religious processions in Quetta city.

A ban on religious processions will understandably disappoint the avid followers of the Shia Islam who would deem it as a contravention of freedom of religious belief. However, it should be seen in a larger context and in the backdrop of the current state of law and order in the country. While attacks on the Shia religious processions began during the dictatorial regime of General Zia-ul-Haq who embarked upon a process of Islamization (read Sunnization), the trend of suicide bombings had not been inducted in the society at that time.

Most religious processions are now attacked by suicide bombers which lead to extremely disturbing death toll. The government cannot not be blamed for its inability to stop suicide bombers. There is no technology in the world that can stop suicide bombings. We need to concede to this reality. Therefore, adoption of precautionary measures is the best way to avoid terrorist attacks.

Thousands of people have been killed in the recent times across the country in sectarian terrorist activities. This must stop now. Shia scholars should also understand the seriousness of the threat and cooperate with the government if a ban is imposed on the religious processions.

The Iranian Consulgari based in Quetta should also stay away from playing politics. No foreign cultural center should be allowed to issue newspaper statements with the aim to play with public sentiments. In a similar provocative statement, the Iranian Consulgari blamed the US and Israel for masterminding Friday’s blast. Such statements are only intended to protect Shia scholars who are allegedly getting hefty funding from Iran to radicalize Hazara youth. In return, these scholars incite violence and hatred against non-Muslims.
Source: TBH