You are at:Home»Human Rights»FUNERAL PRAYERS FOR THE MARTYRS OF MIZAN CHOWK SUICIDE BLAST OFFERED AMID GRIEF AND SORROW 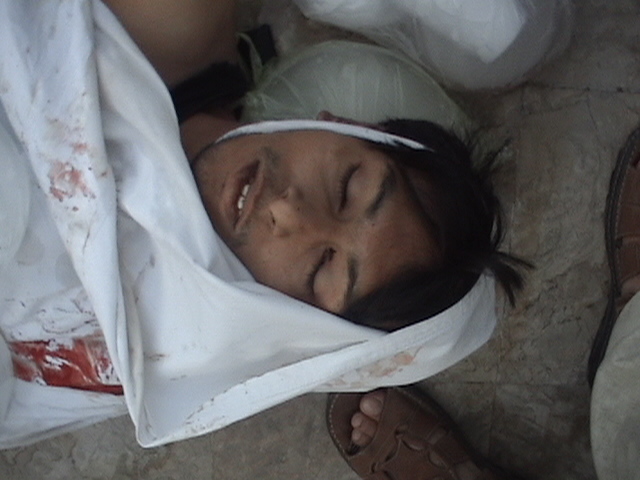 By Hazara People on September 4, 2010 4 Comments
Share this story

QUETTA, September 04th, 2010: 51 Martyrs of the yesterday’s suicide bombing were laid to rest in Hazara Graveyard on Saturday amid awe and shock as thousands of people attended the funeral procession to pay tribute and salute to their love ones. The environment of the city, noticeably, remained calm and tense where Balochistan Shi’ite Conference had called for a shutter down strike throughout the city in a statement issued from its Press Cell yesterday. They have also called a 40 Day Mourning, strongly condemning the incident as people belonging to all factions of Islam were among the attendees of the rally when a suicide bomber blew himself up at the center of the gathering on Mizan Chowk yesterday and killing dozens of people immediately. The death toll later reached to 75 with over 200 injured who are being treated as various hospitals of the city. 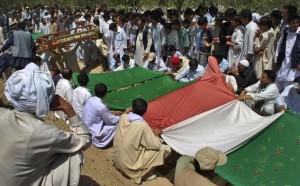 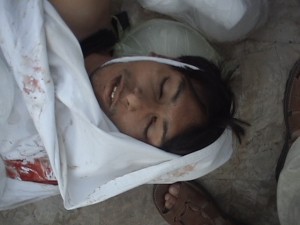 The suicide bombing occurred in a rally held by Imamia Students Organization at Mizan Chowk when innocent people were chanting slogans against Israel for unlawful occupation of Palestinian land and Bait-ul-Muqadas or Al-Quds to show their uncompromised pledge and support to the Palestinian people. A large majority of the rally protesters belonged to ethnic Shi’ite Hazara and this rally is taken out every year on the last Friday of the holy month of Ramadan to mark their solidarity with the people of Palestine and against Israeli aggression and occupation.

The defunct extremist group Laskhar-e-Janghvi linked to Al-Qaeda, in a telephone call to local media, claimed the responsibility of this tragic incident and said these attacks will continue in the future too. In a separate phone call, the Commander for Tehrik Taliban Pakistan , Qari Hussain Mehsud also claimed the responsibility for the suicide bombing and said that though they are fighting the US and the Pakistani Government, “Shi’ites are also our target”, talking to a foreign news channel, Associated Press (AP).
Pertinent to the yesterday’s callous incident, the Frontier Corps – a paramilitary force – controlled by the federal government and deployed in the province on the request of the provincial government to assist in maintaining law and order in the province; completed neglected their professional commitments of protecting life and property of the people and opened fire at innocent ethnic Hazaras killing dozens of people on the spot.

Later, Inspector General, Balochistan Police, talking to media blamed the organizers of the rally for this unfortunate happening while ignoring his constitutional and official responsibilities of protecting life of people. According to reliable sources in Quetta over 70 Hazara youths have been arrested by the law enforcement agencies on the pretext of disrupting law and order situation.
Worse to mention is that fact that the Awami National Party, Muslim League N, Jamiat Ulema Islam, Jang News Group and Trade Association, Prince Road Quetta have all turned their guns against ethic Hazaras with the demand from law enforcement agencies to arrest the miscreants of firing instead of condemning the suicide bombing or protesting against this savage incident. 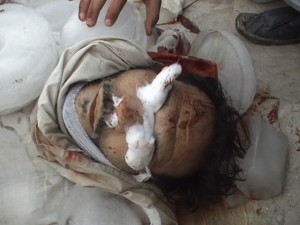 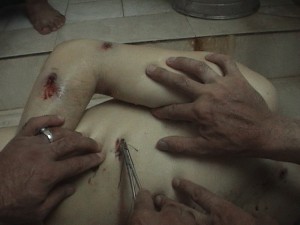 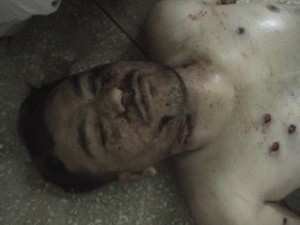 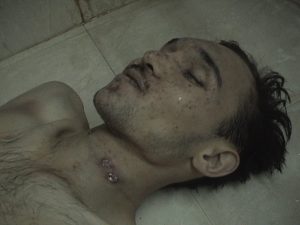