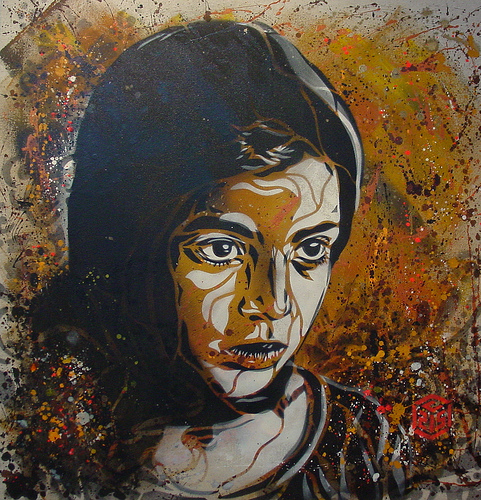 Away from tyranny, Afghan women dream of freedom New Delhi, Aug 29 – The small classroom is abuzz with conversations in Persian. But it ends as soon as a young woman in salwar-kameez enters and starts teaching English. Meet Aarzoo Hussain, an Afghan national, who is fiercely independent and wants womenfolk from her country to lead a free life too. Hussain is happy that her family chose to come to India and she is away from the land of ‘tyranny and subjugation’.

Living in a middle-class neighbourhood in Bhogal in south Delhi, Hussain runs a tuition centre for Afghan nationals who like her have made the national capital their home away from home.

‘Life was difficult there. Restrictions brought immense fear. The conflict made things worse,’ the 21-year-old English literature student and an aspiring entrepreneur told IANS. She came to India when she was six years old.

Her students – both girls and boys – range from schoolgoing children to even 35-year-old Afghan women who have escaped torture and are now trying to rebuild their lives. Their first step to freedom is learning English. Another sign is boys and girls sit together and the choice to cover one’s head is personal.

As Hussain writes on the black board and asks her students to repeat after her ‘What is your name?’ and ‘How may I help you?’, the class resounds with their united voices – just like a usual class room.

When this IANS reporter showed them the latest issue of Time magazine with its cover photograph of 18-year-old Aisha, with her nose chopped off by the Taliban, they became visibly upset.

Aisha was a victim of Taliban brutality, her nose and ears were barbarically mutilated by her own husband in a warped punishment for attempting to flee her cruel in-laws.

Hussain said she was happy that she is in a land where she feels safe.

One of the students, Puran, 25, was so disturbed that she pushed the magazine away. In her case, the tragedy seemed fresh. She had come to India a year ago, escaping from the cruelty of her in-laws after her husband’s sudden death.

‘I lost my husband in a tragedy in Kabul and I have two little daughters. I took a bold step and came here,’ Puran said, as Hussain translated her statement in English. Now she is looking for a job and is keen to send her daughters to a private school.

Wearing a hijab, Puran said she just can’t stop feeling happy to be in India. ‘I am so happy to be here. I feel free. I just want my daughters to have a better life.’

‘Women’s rights are too far-fetched there. Laws are obsolete, religious clerics dominate. A woman is harassed on account of religion. Here, we can speak our mind,’ said Raheema, who was initially very reluctant to talk.

For them, Hussain is an epitome of valiance, standing for their dreams and desires that had long been concealed under the veils of religious dictum.

‘These women want to learn to read and write. They have come to India to lead a free life and earn a better living as independent women. You can say they have managed a narrow escape,’ Hussain told IANS.

‘I am the second of five children. Being brought up here has brought about the huge difference that you see in me today. I can understand what the women in Afghanistan must be going through daily.’

Although these people have left their homeland behind, the memories are always with them. A constant reminder is the Afghanistan flag that flutters in the room, which is full of English vocabulary and self-help books. Hussain’s house is also situated near the Afghan Bakery and the Afghan Restaurant that sells authentic food from back home.

Like thousands of other Afghan families clustered in Bhogal, Hussain’s family earns its livelihood from short-term jobs as interpreters, salespersons and assistants to those coming for medical treatment here. Some are engaged in the carpet and dry-fruit business, making short visits to Kabul.

According to the United Nations High Commissioner for Refugees -, Afghan refugees and asylum seekers in India number over 11,000 – the largest community of refugees hailing from any country. In the national capital itself, there are around 3,000 Afghan nationals.