You are at:Home»Refugees»Pakistan and the rest of Asia Pacific»Hazara Shia As Prey of Lashkar i-Jhangvi 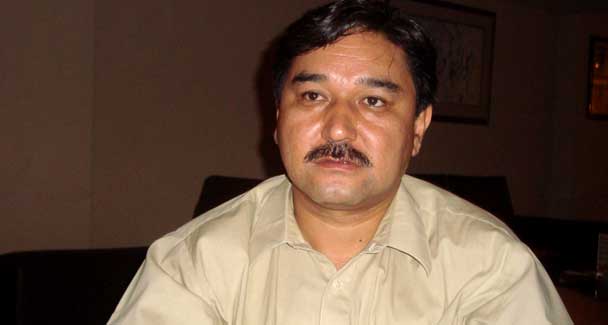 Dawn.com speaks with Abdul Khaliq Hazara, Secretary-General of the Hazara Democratic Party (HDP). The party has given a political voice to Balochistan’s 300,000 Hazaras. Here, Mr Hazara explains challenges the Hazara community in Pakistan faces and deconstructs their role in Balochistan’s tense political environment.

Tell us about the HDP and the constituency it represents.

The HDP was formed in 2003, but was publicly announced on July 7, 2004. It is a truly democratic party. Every third year, we call together a congress that elects the party’s central council.

There are about 300,000 Hazaras in Balochistan, based in Quetta, Khuzdar, Zhob, Loralia and Dera Murad Jamali. Before the HDP’s formation, these people did not have a formal political entity and didn’t have much share in provincial or national politics. But we are trying to orient the community into becoming aware of the region’s politics and to protect their interests. However, non-Hazaras are more than welcome to join the party. In fact, we already have several non-Hazara party members and the party is coming to play an important role in provincial politics.

The party also has a women’s wing constituting of nine units. We encourage female participation on all levels of sociopolitical life. We are a liberal and democratic party and we firmly believe in equal opportunities for women in national life.

On January 26, 2009, HDP’s then chairman Hussain Ali Yousafi was assassinated. How did the party react?

I was at home when I got the phone call that Yousafi had been shot. My first concern was to make sure he was in a secure hospital where he would be treated properly. The party leadership was shocked. There have been attacks against our community, but this was targeted against our chairman who led our party and the Hazara people. Some 40,000 mourners came to Yousafi’s funeral. A case was also registered with the area police, but no real investigations materialised.

During the past few years, attacks against Hazaras have increased, with Lashkar-i-Jhangvi (LJ) claiming responsibility for many of these attacks. What do you think?

All Hazaras are Shia Muslims, hence easy targets of sectarianism in Pakistan. LJ has claimed many of these attacks and the government claims to have arrested suspects in this regard, but the alleged assailants are not brought before the public or in any court of law. Why is it so hard for the government to expose the suspects to the public? As long as the government is not going to reveal results of investigations and the accused, we cannot say anything definitively.

On 18 January, 2008, LJ’s most wanted terrorists Dawoodi Badini and Usman Saifullah Kurd escaped from a cell in the Anti-Terrorist Force’s (ATF) highest security zone. Attacks during the past 13 months in which Hazaras have been could be linked to this escape and to Kurd, who heads the LJ in Balochistan.

Does the HDP support calls for a more autonomous Balochistan?

We do want greater autonomy for the province but we are not separatists. We are all for Pakistan. Even one of Pakistan’s army chiefs, General Musa Khan, was a Hazara. In fact, most officers in the army who have been inducted from Balochistan are ethnic Hazaras.

That said, Balochistan needs to be treated fairly and the exploitation of its resources must be stopped. Every government has suppressed the Baloch and even now, while the government denies it, the military operation in Balochistan is going on. Chief Minister Raisani and President Asif Zardari talked of reconciliation on several occasions, but did not take it forward the way it should be taken forward.

For a meaningful reconciliation between Islamabad and Balochistan, the military operation needs to be stopped and the missing political prisoners need to be released. The countless displaced must also be duly compensated. And for an effective continuation of such reconciliatory measures, free elections should be allowed and interference of intelligence agencies in politics should no longer be tolerated.

Are Hazaras among Balochistan’s missing persons? If not, why?

No, because we are not involved in any militant activity. We have also never been separatists.

What is the future of the Hazara community in Pakistan?

The community is very focused on education and is liberal in its approach. Pakistan Air Force’s first female pilot was a Hazara girl. So we are also for gender equality. Many Hazaras are also successful in trade and business. Now, the community is striving to consolidate its position in mainstream politics. As such, the future of the Hazara community in Pakistan is quite bright.

Many analysts are of the view that the tensions in Balochistan heightened after the killing of Nawab Akbar Bugti. What do you think?

After the murders of Nawab Bugti and Balaach Marri, political consciousness and activism among the citizens of Balochistan heightened immensely. Even people who were pro-Islamabad once are now joining the resistance. The recent killings of Ghulam Baloch, Sher Mohammad and Lala Munir have only added to these tensions.

Do the Taliban have a presence in Quetta?

Not only are the Taliban in Quetta, but they are also in Zhob, Qila Saifullah, Khuzdar and other areas of Balochistan. In Quetta, they can literally be seen roaming around the city’s centre. But their main entrenchments are in areas that surround Quetta.

How can the Taliban have a foothold in Quetta without someone’s consent?

Invisible powers – those who want to destroy peace in Pakistan and think that the Taliban are good for the country – would consent to having them here. It would not be an exaggeration to say that Quetta is slowly being turned into another Swat.

As for the Hazaras, apart from being ideological opposites, we have historic grudges against the Taliban, who, according to an Amnesty International report, killed some 12,000 Hazaras in Mazar-i-Sharif and Bamiyan during their reign in Afghanistan. So we are surely not on the list of people who would welcome them in Quetta and the rest of Balochistan.