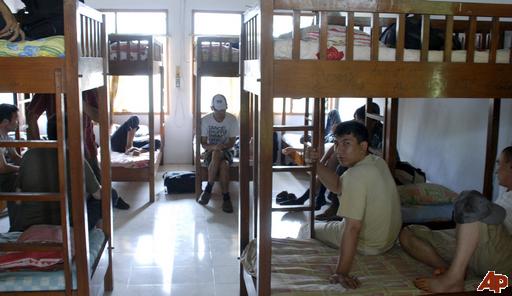 Hazara asylum-seekers, part of a group of 58 people who were caught by Indonesian police while trying to make their way to Australia on Monday, rest at an immigration detention center in Serang, Banten province, Indonesia, Tuesday, Aug. 24, 2010. Indonesia is a major launching post for Afghans, Iranian and Iraqis seeking refuge in Australia. (AP Photo) 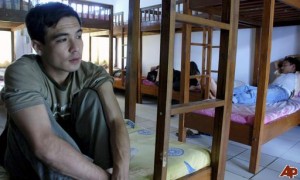