You are at:Home»Videos»Setback for Women’s Rights in Afghanistan? 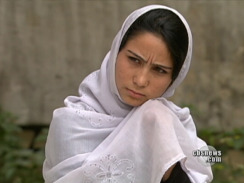 Setback for Women’s Rights in Afghanistan?

The Road Ahead – If Taliban Returns to Power, it Will Also Mean a Return to Harsh Islamic Law

(CBS), The prospect of bringing the Taliban to the bargaining table is raising fears that the rights of girls and women in Afghanistan will be sacrificed.

Secretary of State Hillary Clinton, who was in Kabul last month, promised they would not be bargained away in any peace settlement with the Taliban.

But President Karzai asks, “if you had to choose between saving a girl’s life or enabling her to go to school, which would you do first?”

Shamsia Husseini was on her way to school when a man on a motorbike roared up and threw acid in her face. It burned a hole right through her burqa. It was a message from the Taliban: “Don’t let your daughters go to school.” Shamsia and five other girls were badly burned.

The Mirwais School for Girls is deep in the Taliban heartland of Kandahar. It’s one of the few that’s stayed open in defiance of the Taliban. Today – nearly two years later — Shamsia is back at school, an unlikely crusader for education. Her scars are almost gone, but her eyes still burn, and she fears the man on the motorbike will return.

“I still have nightmares,” she said. “I will fight these people by continuing to go to school. Last time they threw acid to stop me, but even if they hit me with bullets, I will not stop going to school.”

There are over two million girls going to school today in Afghanistan. That’s a huge leap forward. Under the Taliban in the 1990s, there were almost none. Girls were forced to stay home. Now the Taliban is trying to turn back the clock. Attacks on schools have almost doubled in the last year.

Meanwhile, hardline militants have made headlines in recent weeks: a pregnant woman was lashed and shot; a pair of young lovers, stoned; public floggings.

Many women fear that if the Taliban return to power it will also mean a return to harsh Islamic law. And now that the U.S.-backed government of President Hamid Karzai has said he’ll consider negotiating with the Taliban – in return for ending the war – they’re even more fearful.

“History tells us what they want. They don’t want women in the workplace, they want girls to stay home, they want absolutely no education for girls,” said Manizha Naderi, Executive Director, Women for Afghan Women. “They’re not going to back out of their demands.”

The shelter is one of a handful in the country that offers women a safe haven from physical abuse or rape. Recent statistics are grim – domestic violence is up 54 percent – over 60 percent of marriages are forced.

The shelter tries to help women begin a new life. But the odds are stacked against them.

Qandi was sold into marriage to a much older man. Her brother got $3,000 for her. She was 12 – too young to be legally married under Afghan law. But no one was charged: they rarely are. Still, Qandi is determined.

“I want to do something,” she said. “Stand on my own feet, to not be dependent on anybody.”

But for Qandi and so many others, these are anxious times for women, caught between wanting an end to war, and worried that women’s rights will be the price of peace.

“Afghan women have suffered a lot. It’s time to stop. How much suffering can they endure?” asks Naderi, the school director.

Despite the pressure and the intimidation, many girls and women are refusing to give up. For Shamsia and her family, education means a better life for the next generation.

“I hope to be able to persuade other girls to go to school too, so that to me, is hope. Its all I can do,” Shamsia said.

The Plight of Afghan Women
The women of Afghanistan waited a long time for the most basic rights such as attending school. But as Katie Couric reports, most of the women worry they will once again lose those rights.