You are at:Home»News»Afghan couple stoned to death by Taliban 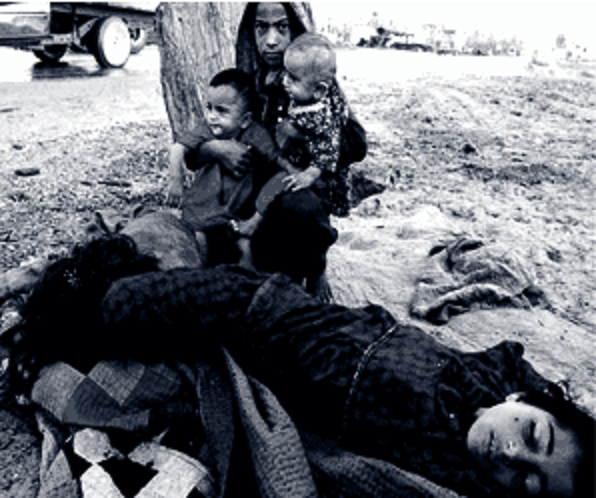 Amnesty International has condemned the first Taliban executions by stoning carried out in Afghanistan since 2001. Photo of women killed by Taliban

A couple were stoned to death on Sunday for ‘eloping’, in a Taliban-controlled village in Kunduz, northern Afghanistan, Amnesty International has confirmed.

“The stoning of this couple is a heinous crime. The Taliban and other insurgent groups are growing increasingly brutal in their abuses against Afghans,” said Sam Zarifi, Amnesty International’s Asia-Pacific Director.

The stoning came two days after Afghanistan’s highest Islamic religious body, the Council of Ulema, called on the government to more strictly enforce physical shari’a punishments, known as hudood, as a concession to the Taliban in an attempt to end the war. Under the Taliban, hudood punishments included public stoning, amputations and lashing.

“The Afghan government and the Council of Ulema must condemn the use of stoning following this sickening Taliban execution,” said Sam Zarifi. “Afghan leaders must stand against stoning and other appalling human rights abuses masquerading as ‘justice’, no matter how much pressure they are under to deal with the Taliban.”

This stoning is the first to be confirmed in Afghanistan since the fall of the Taliban in 2001. Local sources told Amnesty International that the couple had eloped to Pakistan, but returned to their village of Mullah Qulli in Archi district of Kunduz after being told that their families had agreed to marry them. Instead, they were stoned to death on 15 August by a Taliban council.

One case of stoning for adultery was reported in Afghanistan 2005, allegedly ordered by local religious leaders, although Amnesty International has not independently verified this case. On 9 August, a woman in Badghis province was shot dead in public by the Taliban for alleged adultery.

Amnesty International has warned that the Afghan government should not sacrifice human rights, particularly the rights of women and minorities, in the name of reconciliation with the Taliban and other insurgent groups.

The organisation has recently called on the Afghan government to seek the assistance of the International Criminal Court to investigate war crimes and crimes against humanity by the Taliban and all other parties to the war in Afghanistan.