You are at:Home»Human Rights»Hazaras targeted in the west of Kabul by Pashtun nomads Taliban on August 13, 2010 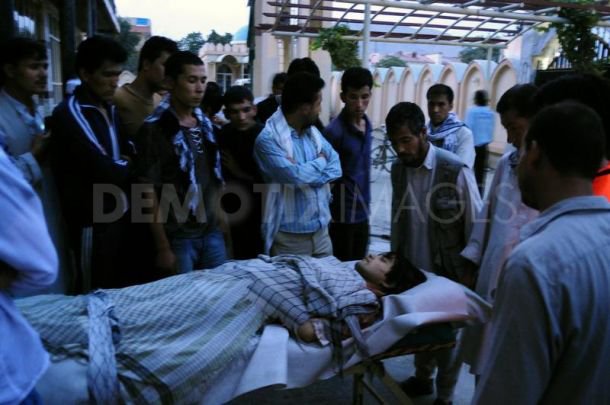 Amir Dad, 18, was killed at Kotay Sangi when the ANA soldiers opened fire on the people, after the people was demonstrating against Kochi’s invasion in west of Kabul.
Human Rights

Hazaras targeted in the west of Kabul by Pashtun nomads Taliban on August 13, 2010

By Hazara People on August 14, 2010 0 Comments
Amir Dad, 18, was killed at Kotay Sangi when the ANA soldiers opened fire on the people, after the people was demonstrating against Kochi’s invasion in west of Kabul.
Share this story

A huge number of people have started protest against the attacked on Hazara people in the capital of Afghanistan (west of Kabul) toward the city. However, the US, ANA and the police not allowed them and made them in blockade. They want to avoid the people from further protest by firing towards air but the number of protestors is increasing every minutes.

After the Kuchi nomads attacked the villagers in Jabar Khan near to Haji Nowruz Bay in Kabul at 8:00 am on Friday August 13, more than ten people have been killed so far and more then 16 people are wounded. This incident has happened in the hillside of Darul Aman west of Kabul (Qurigh mountain). 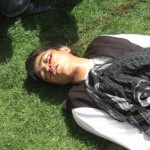 A Hazara youth killed by Kuchis in Kabul Amir Dad, 18, was killed at Kotay Sangi when the ANA soldiers opened fire on the people, after the people was demonstrating against Kochi’s invasion in west of Kabul.

Hazara protestors have claimed that Kuchi nomads had fired towards innocents and their houses. However, on the other hand, Kuchi has declared that the Hazaras fired them while witnesses state that tens of Hazara people have been killed or injured by armed Kuches. Furthermore, report says that the police has fired toward the protestors and has killed a protestor and injured several others.

It has been said that fighting has started when the villagers wanted to build their houses which at that time was fired by Kuches. Preliminary reports say that when the Kuches faced with the villagers, they fired toward innocent as well which injured some of them.

When one of the protestors has been killed by the police, the Hazara people have started protest which the sound of fire is heard so far.

This incident has happened in an area of Kabul which 3 km is far from of an army camp of ANA and thousands of soldiers live there. The Hazara people say that the police have fired toward them in order to aid Kuches. However, the security forces claimed to take under control the situation and prevent further incident.

This incident has happened after Kuchi attacked the Hazara people in Day Mirdad and Behsud district in Wardak province in which tens of Hazaras were killed by Kuches. Several months ago, Kuches attacked on Hazaras in Behsud and Day Mirdad and killed a dozen. Experts believe that these kinds of problems have happened intentionally by a specific group in order to prevent the Hazaras to be not active in the coming parliamentary election.

The problem of land between Hazaras and Kuches has been for long time and many people are killed during such incidents while it was the first time in Kabul in which several people have killed or injured so far.

The unconfirmed report says that the militia of Mulla Tarakhil has fired toward the Hazara people. It is not clear that how many people have been killed or injured so far because the Hazaras are in blocked but the number of killed or injured is increasing.

A large group of protestors moved from the west of Kabul to the city but the police, ANA and the US army not allowed them and put them in blocked. They want to intersperse the people by firing toward air but the number of protestors is increasing.