You are at:Home»Videos»In memory of Shaima Rezayee 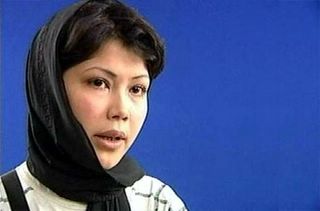 In memory of Shaima Rezayee Shaima Rezayee became a pop culture icon for Afghan youth, as the host of “Hop,” a music show on a private television network. Her appearances on the show, often wearing make-up and without a burqa, drew the condemnation of conservatives.

Twenty-four-year-old Shaima Rezayee hosted a popular music show on Tolo TV. She was strong, independent, unmarried, and she refused to wear the burka. In 2005 her sister found her dead in her Kabul apartment, shot in the head. Rezayee’s brothers were charged with her murder-a rarity, as few are ever prosecuted for honor killings.

When questioned by a journalist, Shaima warned, “Things are not getting better. We made some gains, but there are a lot of people who want to take it all back. They are not even the Taliban, they are here in Kabul. … The bad days are coming back, we’ll have to go into exile again.” 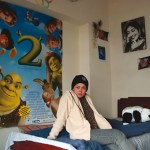 Shaima Rezayee used to work for HOP, a daily music program at Tolo TV in Kabul 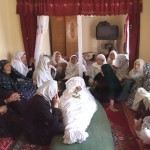 Women gather to mourn Shaima Rezayee in her family’s home 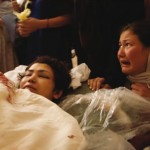