You are at:Home»News»Afghanistan Money Probe Hits Close to the President 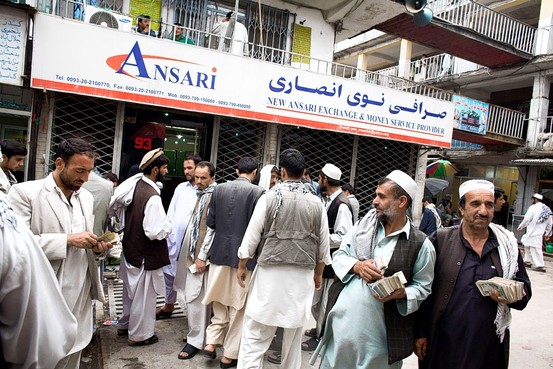 By Admin on August 12, 2010 0 Comments
Joël van Houdt for The Wall Street Journal
Share this story Tens of thousands of pages of documents were carted out of the New Ansari Exchange on Jan. 14. Armed with those records, investigators have been digging into the movement of billions of dollars in and out of Afghanistan.

U.S. and Afghan officials say they have found evidence that New Ansari was helping to launder profits from the illicit opium trade and moving money earned by the Taliban through extortion and drug trafficking. The officials also say they have found links between the money transfers and some of the most powerful political and business figures in the country, including relatives of Mr. Karzai.

The New Ansari probe is now threatening to disrupt relations between the Afghan president and his U.S. allies. Last week, Mr. Karzai took more direct control of the task force that staged the raid, the Sensitive Investigative Unit, and another U.S.-advised anticorruption group, the Major Crimes Task Force. He ordered a handpicked commission to review scores of past and current anticorruption inquests.

Senior U.S. military and civilian officials with direct knowledge of the events regard Mr. Karzai’s move as an effort to protect those close to him and, in the process, to quash the investigation into New Ansari. The officials describe it as a blow to American-backed anticorruption efforts. Members of the Sensitive Investigative Unit are vetted and trained by the U.S. Drug Enforcement Administration, and the Major Crimes Task Force is trained by the Federal Bureau of Investigation.

One of the U.S. officials called the situation “a real reality check” for the U.S. and its European allies. Mr. Karzai promised for years to clean up high-level corruption, and U.S. officials have in recent months been publicly supportive of the Afghan leader. Their thinking is that a soft touch, rather than the more critical tone adopted previously, might convince Mr. Karzai that a crackdown is in his interest, U.S. officials say.

Senior Afghan officials pledged to investigate the money transfers after The Wall Street Journal reported in June that huge sums of cash were being flown out of the country. “We need to investigate whose money it is and whether it is legal,” Finance Minister Omar Zakhilwal said in July.

Afghan officials have known since the January raid, if not earlier, that New Ansari has played a central role in moving cash, U.S. officials say. Before the raid, so much money was passing through New Ansari in so many different currencies that it effectively set Afghanistan’s exchange rates, says an official at Afghanistan’s central bank and the senior U.S. official.