You are at:Home»Refugees»Australia appears before UN over human rights 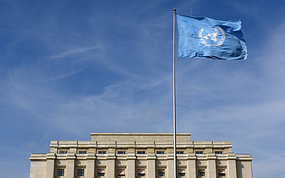 Source
Australia has appeared before a United Nations panel in Geneva, accused of human rights violations against Aboriginal people and asylum seekers.
The UN panel is investigating whether the Australian Government has singled out Aborigines and asylum seekers with racist policies.
The panel has suggested Australia consider a treaty with its Indigenous people.
Three years into the intervention program in the Northern Territory, the panel is concerned some discriminatory policies remain and that there is a lack of Indigenous inclusion in local decision making.
The Australian Government was also pressed on its decision to suspend new immigration claims from Sri Lankan and Afghan asylum seekers.

The Government will present its reply overnight.