You are at:Home»Human Rights»Amnesty International Says Taliban Should be Prosecuted for War Crimes in Afghanistan 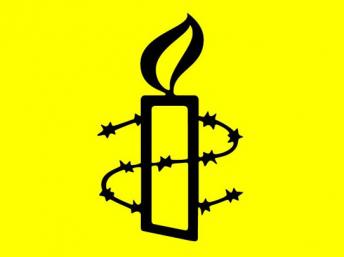 The Taliban and other insurgent groups should be investigated and prosecuted for war crimes, Amnesty International said today, following the release of a United Nations report showing a rise in targeted killings of civilians in Afghanistan by anti-government fighters.

Civilian deaths in Afghanistan leapt by 31% in the first half of 2010, driven largely by the Taliban and other insurgents’ rising use of improvised explosive devices, and their increased targeting of civilians for assassination, according to the UN Assistance Mission in Afghanistan (UNAMA). Attacks by the Taliban and other anti-government forces accounted for more than 76% of civilian casualties and 72% of deaths.

In the first half of 2010, the executions and assassinations of civilians by the Taliban and other insurgent groups increased by over 95% to 183 recorded deaths compared to the same time last year. The victims were usually accused of supporting the government.

“The Taliban and other insurgents are becoming far bolder in their systematic killing of civilians,” said Sam Zarifi, Amnesty International’s Asia-Pacific Director. “Targeting of civilians is a war crime, plain and simple. The Afghan people are crying out for justice and have a right to accountability and compensation.”

“There is no practical justice system in Afghanistan now that can address the lack of accountability,” said Zarifi. “So the Afghan government should ask the International Criminal Court to investigate war crimes and crimes against humanity that may have been committed by all parties to the conflict.”

Afghanistan is a signatory to the Rome Statute of the International Criminal Court.

Amnesty International has been told that tribal elders in various villages of Kandahar, Zabul, and Khost provinces have been fleeing rural areas, fearing systematic targeting by the Taliban.

“The elders are threatened and if they don’t cooperate with the Taliban they are killed,” said a Kandahar journalist. “Then the Taliban will just tell the village that the elder was an American spy and that is why he was killed.” The journalist asked not to be identified out of fear of Taliban retaliation.

Amnesty International is urging the international and Afghan forces to ensure they comply with their legal obligation to protect civilians from harm, especially those who provide them with information about anti-government groups or cooperate during military operations.

According to UNAMA, NATO-led and government forces caused 29% fewer casualties than the previous year, which has been attributed to policy changes placing greater priority on civilian protection, borne out in a 64% decline in casualties caused by aerial attacks.

Amnesty International welcomes the reported drop in deaths caused by NATO-led forces, but sounded a note of caution.

“Pro-government forces were responsible for at least 223 deaths in six months, and NATO still has no coherent way of accounting for casualties,” said Zarifi. “Special Forces in Afghanistan are still failing to be open about their actions when being called to account over civilian casualties.”

The UNAMA report singles out Special Forces in Afghanistan for acting without accountability, and calls for greater transparency over their operations, and for more information on forces are now operating under a new integrated command structure, so that casualties can be properly investigated and justice delivered to victims.

For more information, please go to:

Amnesty International report focusing on the deaths of two brothers in a Kandahar night raid in 2008: ‘Getting away with murder? The impunity of international forces in Afghanistan’

Amnesty International background paper and releases on the Kunduz airstrike of September 4, 2009