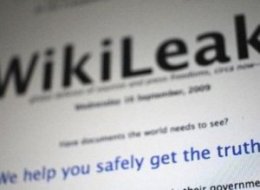 The Afghan Independent Human Rights Commission, Amnesty International and three other groups have sent a series of e-mails to WikiLeaks founder Julian Assange calling for the names of Afghan civilians to be removed from the 77,000 classified military documents published by the online whistle-blower last month.

Nader Nadery, of the commission, said the groups want the names removed from files already released, and from any documents disclosed in the future.

“There was no consideration about civilian lives,” Nadery said, noting a rise in assassinations of Afghan civilians seen as government collaborators.

“We said that in the future the names should be redacted and the ones that are already there need to be taken down. Even though it’s late, it still worth doing,” Nadery said. He said the group had not yet received any response to its requests.

The Campaign for Innocent Victims in Conflict, the Open Society Institute and the International Crisis Group have also been involved in exchanges about the released documents.

Amnesty International spokeswoman Susanna Flood said that while other human rights groups had also sent a joint letter to WikiLeaks, Amnesty was not among its signatories.

Instead, she said that the London-based campaigners had communicated with Assange’s group over the issue of the disclosure of identities of Afghans who’ve worked alongside international forces.

Flood declined to comment in detail and could not confirm whether Amnesty or other groups would help WikiLeaks censor files. WikiLeaks did not immediately respond to an e-mailed request for comment Tuesday.

On Saturday a WikiLeaks spokesman, who said he uses the name Daniel Schmitt in order to protect his identity, told The Associated Press that the group had requested help from NATO to check the files prior to publication to ensure the lives of civilians were not put at risk.

“For this reason, we conveyed a request to the White House prior to the publication, asking that the International Security Assistance Force provide us with reviewers,” Schmitt said. “That request remains open. However, the Pentagon has stated that it is not interested in ‘harm minimization’ and has not contacted us, directly, or indirectly to discuss this offer.”

A White House spokesman said last month that WikiLeaks had not offered to let U.S. government officials check the files in advance. The Pentagon has demanded that WikiLeaks cancel any plan to publish other classified military documents, and to take down the secret files it has already posted on the Internet.

In Washington, Pentagon spokesman Col. Dave Lapan said Tuesday there had been no response from WikiLeaks to the demand to retract the classified documents.