You are at:Home»News»Taliban execute Afghan woman in public: police 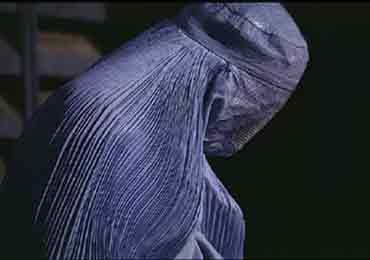 HERAT | Mon Aug 9, 2010 5:47am EDT
Afghanistan (Reuters) – Taliban insurgents publicly flogged and executed an Afghan woman for alleged adultery, a police official said Monday, in a reminder of the era when the militant Islamist group ruled Afghanistan
The 48-year-old widow was given dozens of lashes before being shot dead Sunday in remote Qades, a district held by militants in northwestern Badghis province, said Abdul Jabar, a senior provincial officer.

“It happened before the public … despite that no one has complained, the government will take its own measures about the incident,” Jabar told Reuters by telephone from Badghis.

The unidentified man who had the alleged affair with the woman had escaped, he said.

The Taliban staged public stonings or lashings of Afghans found to have had sex outside marriage when in power from 1996 until 2001.

However Qari Mohammad Yousuf, the main Taliban media spokesman, said the group was not behind the Qades execution.

“This is a bad work and we reject it. Whoever has done is not a member of the Taliban and he is trying to defame us,” Yousuf said by phone from an undisclosed location.

Another Taliban spokesman earlier said he was not aware of the incident. The Taliban are leading a growing insurgency against the Afghan government and foreign forces.

The Taliban and the Afghan government and foreign forces are engaged in a propaganda battle to win over the hearts and minds of Afghan civilians. Each side often accuses the other of committing atrocities, which are usually denied immediately.

The Taliban recently denied responsibility after Time magazine published a disturbing cover photograph of a young Afghan woman who said her nose was cut off as punishment for fleeing abuse at her husband’s house.

If confirmed, Sunday’s execution would be the second of a woman by the Taliban since they were ousted by U.S.-backed Afghan forces nine years ago. A woman was previously executed for alleged spying for foreign forces.

One such execution, of a woman wearing an all-encompassing burqa and shot as she knelt in the Olympic Stadium in Kabul, caused outrage when film of the incident leaked out.

The judiciary in neighboring Iran last month suspended a sentence of death by stoning for a woman convicted of adultery after an international outcry over the case.