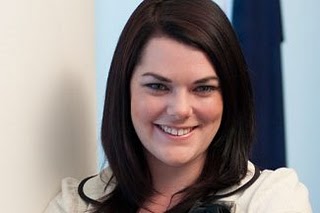 The government’s moratorium on processing protection claims from Sri Lankan and Afghan asylum seekers is clearly in breach of international law, the Greens say.

Greens spokeswoman on immigration and human rights Sarah Hanson-Young called for an investigation to assess whether this was also in breach of Australia’s Racial Discrimination Act.

“It’s clear that the federal government’s suspension of processing Sri Lankan and Afghan asylum claims is in breach of international law through the UN Refugee Convention,” Senator Hanson-Young said.

Under the move announced on Friday, processing of claims for refugee protection from people from Sri Lanka will be suspended for three months and for six months for people from Afghanistan.

They comprise about 80 per cent of all recent boat people arrivals. The government says the circumstances in both countries are changing with asylum claims more likely to be rejected.

Senator Hanson-Young said there were grave concerns about what this new policy would mean for the children among the asylum seekers, who should not be detained just because they were Sri Lankan or Afghan.

“The commonwealth ombudsman must lacoste t-shirts conduct an urgent independent investigation of the conditions on Christmas Island. After yesterday’s announcement we cannot trust the federal government to do the right thing,” she said.

“This election year backflip is not just Kevin Rudd breaking his lacoste polo shirts promise of ending the Howard policy of indefinite detention.

“By this decision, the prime minister is now clearly authorising the detention of children.”

Earlier, lawyers said the government’s moratorium on processing some asylum-seeker claims could face a legal challenge.

They claimed the government could be breaching administrative law by discriminating against asylum seekers from Sri Lanka and Afghanistan.

Under the move announced on Friday, processing of claims for refugee protection for people from Sri Lanka will be suspended for three months and for six months for people from Afghanistan.

These two nationalities comprise about 80 per cent of all recent boat people arrivals.

Greg Barns, from the Australian Lawyers Alliance, said courts had been prepared to strike down government policies and decisions where they found the government had acted on flawed legal advice.

“One lacoste t-shirts of the key principles of administrative law, in other words the law which applies to decisions which are taken by governments against individuals, is lacoste polo shirts that they shall be done on the basis of being free from any discrimination based on race and alternatively that people have procedural fairness,” he told ABC Radio.

“The law in Australia and the rule of law is such that laws have to be applied equally, irrespective of where a person comes from or their race.”

Prominent human rights lawyer Julian Burnside QC was less confident, saying the government would not find this too difficult to do by statute.

However, the human rights implications were terrible, he said.

“The government it seems will now say `OK, people who arrive here by boat seeking asylum will not be sent back, they will not be processed, their application for protection won’t be processed, we won’t determine whether they are refugees or not. We will lacoste polo shirts just leave them to rot’,” he told ABC Radio.

“It’s a sort of new version of the Pacific Solution.”

Human Rights Commission president Cathy Branson said there was a real risk the new policy was discriminating against groups of people based on their country of origin.

“The Australian Human Rights Commission is fearful that it will lead to breaches of Australia’s international human rights obligation, in particular our obligation under the refugees convention not to treat groups of people differently based on their country of origin,” she told ABC Radio.